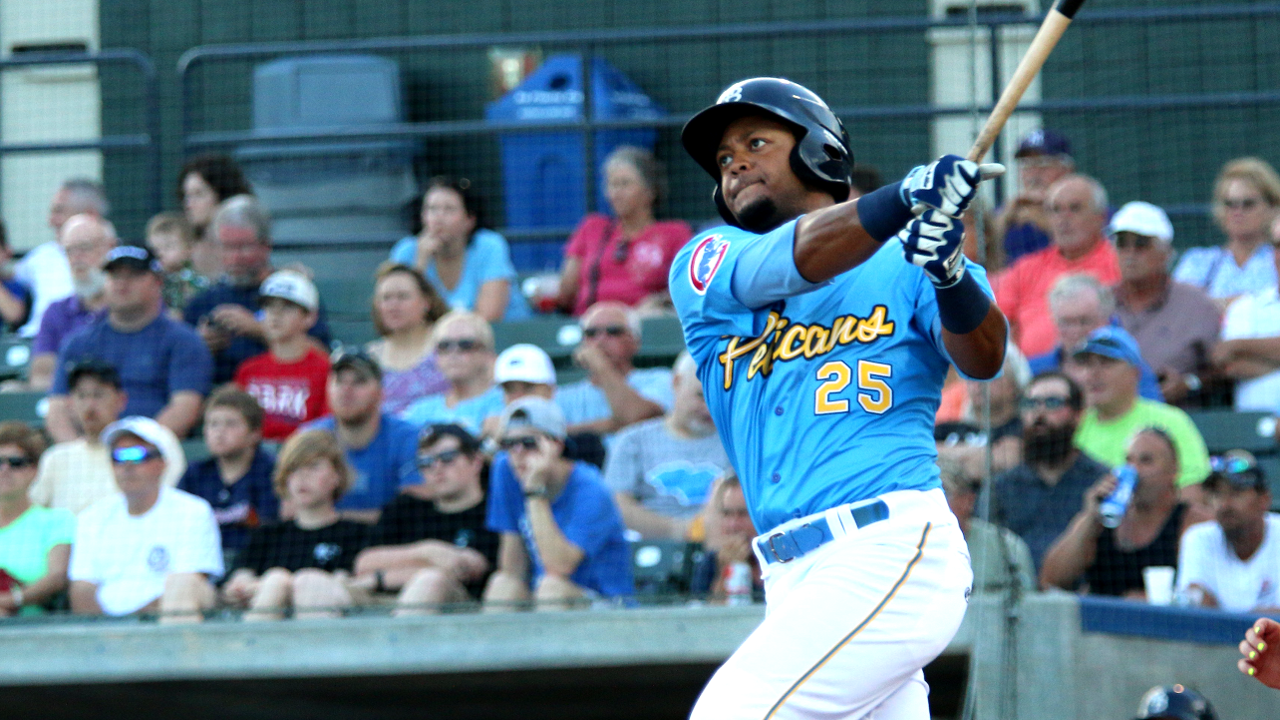 Kevonte Mitchell went 3-for-4 with two doubles and a two-run home run in the Pelicans' 10-3 win on Saturday night. (Larry Kave/Myrtle Beach Pelicans)

Though he had to pitch through some early trouble, Tyson Miller (6-4) earned the win for the Pelicans (32-29), only allowing one run on six hits over five innings while striking out six and not walking a batter.

The Red Sox (28-30) tagged Miller early for a run as Santiago Espinal doubled to end a 14-pitch at-bat and then scored on a Brett Netzer RBI single.

Luis Ayala tied the game for the Birds in the bottom of the second inning with an RBI single of his own and the Pelicans took the lead when Austin Upshaw scored on a double play in the third.

Mitchell, who went 3-for-4 with two doubles and a home run, then put Myrtle Beach up 4-1 in the bottom of the fourth with a two-run homer, his third of the season.

The Birds trampled home four more runs in the bottom of the sixth inning. Andruw Monasterio brought home the inning's first run with an RBI single, P.J. Higgins lined a two-run double down the left field line and Wladimir Galindo capped the frame with an RBI single to make it 8-1 Pelicans.

The Pelicans go for their third straight sweep in Sunday's 6:05 p.m. contest from TicketReturn.Com Field at Pelicans Ballpark. RHP Erick Leal  (0-0, 0.00 ERA) goes for the Birds against Salem LHP Darwinzon Hernandez (3-2, 4.68 ERA). Television coverage begins at 6 p.m. on the CW21 and MiLB.tv, with a radio broadcast starting at 5:50 p.m. on MyrtleBeachPelicans.com/Broadcast, the MiLB First Pitch app and TuneIn.