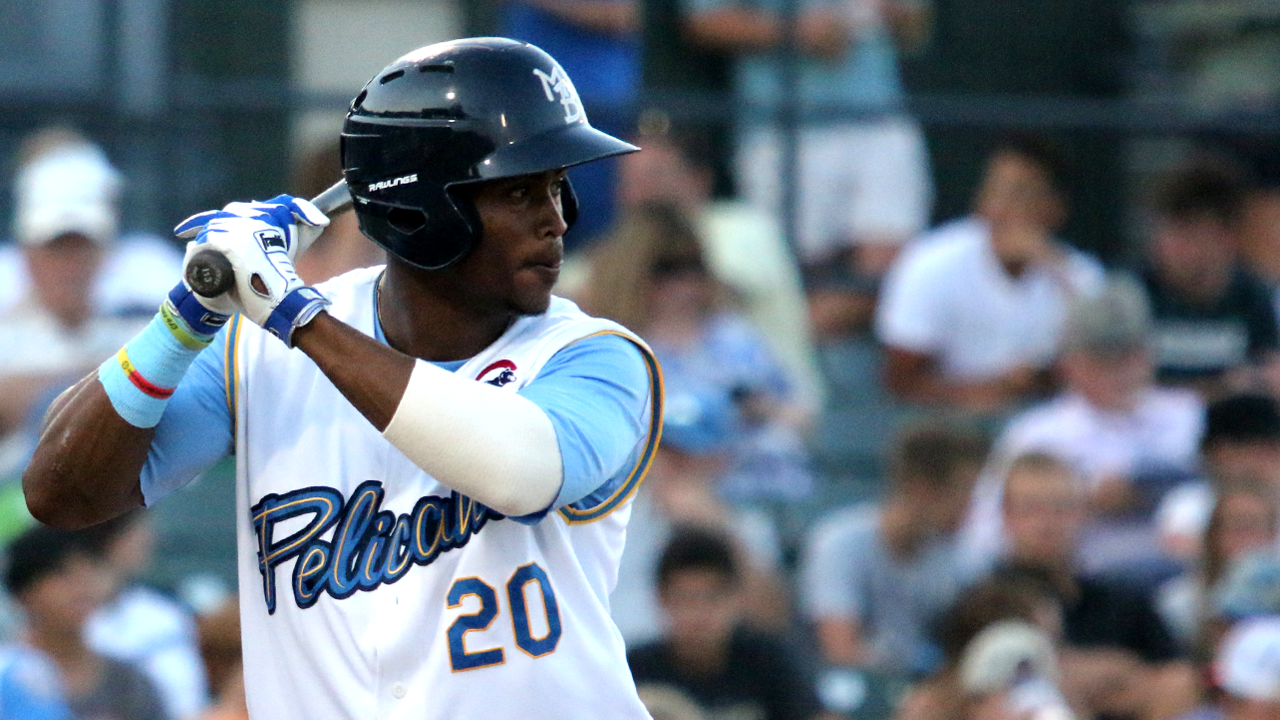 Roberto Caro went 1-for-3 at the plate on Friday night and threw a scoreless inning in relief for the Pelicans. (Larry Kave/Myrtle Beach Pelicans)

With a runner on first and a 1-0 count to the second hitter in the bottom of the first inning, J.J. Matijevic, the game was paused for 52 minutes due to rain.

The Astros jumped out in front with six runs in the first inning. Ronnie Dawson started the scoring with an RBI single before Bryan De La Cruz plated Osvaldo Duarte with a sacrifice fly to make it 2-0. Jake Adams cranked an RBI single, Cody Bohanek delivered an RBI single and Carlos Canelon capped the frame with a two-run blast to make it 6-0.

In the third, Canelon knocked in a run on a fielder's choice to make it 7-0. Jonathan Arauz then smacked an RBI single before Corey Julks hit an RBI double. Matijevic immediately followed with a two-run two-bagger of his own to put the Astros out in front 11-0.

Brandon Bailey (3-8) earned the win with six shutout frames out of the bullpen for the Astros.

Kevonte Mitchell , Aramis Ademan and Austin Upshaw all reached twice on the night.