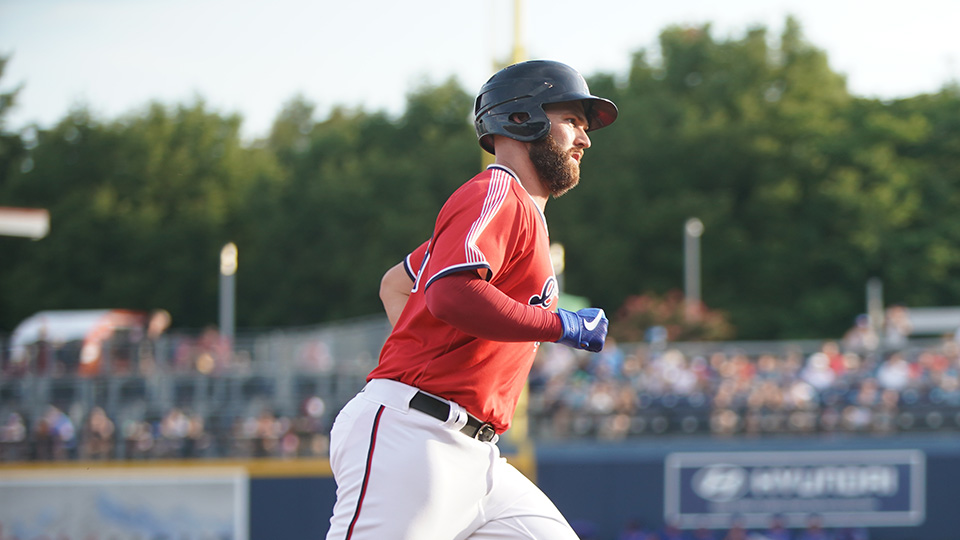 The Nashville Sounds had an opportunity to sweep the Iowa Cubs Sunday night but could not get the offense going, as they were limited to four hits in the 8-4 loss. The game was tied until the top of the sixth inning when the Cubs scored three runs and then scored two more in the ninth.

Matt Davidson took the lead for Nashville in the bottom of the first inning. After Willie Calhoun walked, Davidson hit his long ball over the right-center field wall to give the Sounds a 2-0 advantage early. But Iowa tied the game in the top of the third inning when Erick Castillo hit a two-run double to score Zack Short and Trent Giambrone.

The Cubs took the lead in the fourth inning. Ian Happ led the inning off with a walk and score on a double by Johnny Field. The Sounds tied it back up in the bottom-half of the inning when Nick Solak hit a double and reached third base on a passed ball. Jose Trevino scored him on a sacrifice fly to center field.

Iowa retook the lead with three runs in the top of the sixth inning. Field hit another RBI double that scored Phillip Evans from first base. It was the third run scored from first base on a double for the Cubs. Short then added two runs on a long home run to left field to make the game 6-3.

Nashville scored another run in the bottom of the seventh inning. Carlos Tocci started with a walk. Zack Granite followed him with a ground ball to Castillo at first base, who tried to start a double play but hit Tocci in the base path on the throw and the ball rolled into the outfield. That put runners on second and third base with no outs. Tocci scored on another error after trying to score on a ground ball, but pitcher Randy Rosario dropped the ball in a pickle. Runners were still on second and third base with no outs after that, but Nashville went down 1-2-3 after that, leaving the score at 6-4.

The game was put away in the top of the ninth by Iowa, scoring two runs to beat the Sounds 8-4. That prevented Nashville from completing a three-game sweep.

A league day off is given off tomorrow before the Sounds host Oklahoma City for a three-game set. Austin Bibens-Dirkx (0-2, 5.30) is set to start for Nashville while the Dodgers will throw top MLB prospect Dustin May (1-0, 3.52).

- With Nick Solak hitting a double, he now has five extra-base hits in seven games with the Sounds. He has seven hits overall while with Nashville.

- Willie Calhoun had three walks for a second consecutive night. That extended his on-base streak to 22 games, the extending the team's season-high.