Sounds Drop Another in New Orleans 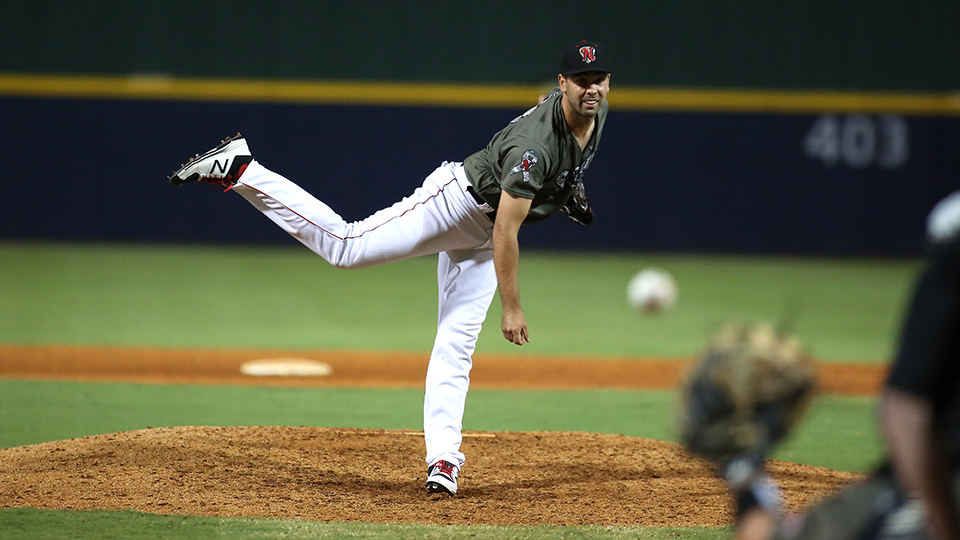 The offense for the Nashville Sounds was silent for the second consecutive night and resulted in a 2-1 loss to the New Orleans Baby Cakes Saturday night.

In a game that was delayed by rain for over 2.5 hours, both teams combined for only eight hits, but it was the Baby Cakes who improved to 2-1 with the one-run win.

The game started in Nashville's favor as the Sounds scored in the top of the first inning. Jorge Mateo started the game by coaxing a walk off Sandy Alcantara. The speedster promptly swiped second base and scored when Renato Nunez lined a base hit up the middle.

New Orleans came right back and evened the game at 1-1 in the second inning. Nashville starter Trevor Cahill momentarily lost command and issued three walks in the frame, including forcing in a run on a free pass.

An error in the bottom of the fourth proved to be the difference in the game. With two outs and runners at second and third, Cito Culver's groundball to third was handled by Steve Lombardozzi but his throw was off line and allowed Eric Campbell to score and make it a 2-1 game.

The lead held for New Orleans as the Sounds managed only two hits over the final five innings - a single by BJ Boyd in the fifth, and a single by Beau Taylor in the eighth.

Trevor Cahill started for Nashville and went four innings. He was tagged with the loss after he allowed two runs (one earned). The bullpen trio of Lou Trivino, Jake Sanchez and Bobby Wahl threw four perfect innings in relief.

Nashville and New Orleans continue the five-game series Sunday afternoon at Shrine on Airline. Left-hander Eric Jokisch starts for the Sounds against right-hander Tyler Cloyd for the Baby Cakes. First pitch is scheduled for 1:00 p.m.

The 2018 season is the Sounds' 41st in franchise history and fourth as the Oakland Athletics' top affiliate. Opening Day at First Tennessee Park is scheduled for Tuesday, April 10 when the Sounds host the Iowa Cubs at 6:35 p.m. Season ticket memberships are available now by calling (615) 690-4487 or by visiting www.nashvillesounds.com.