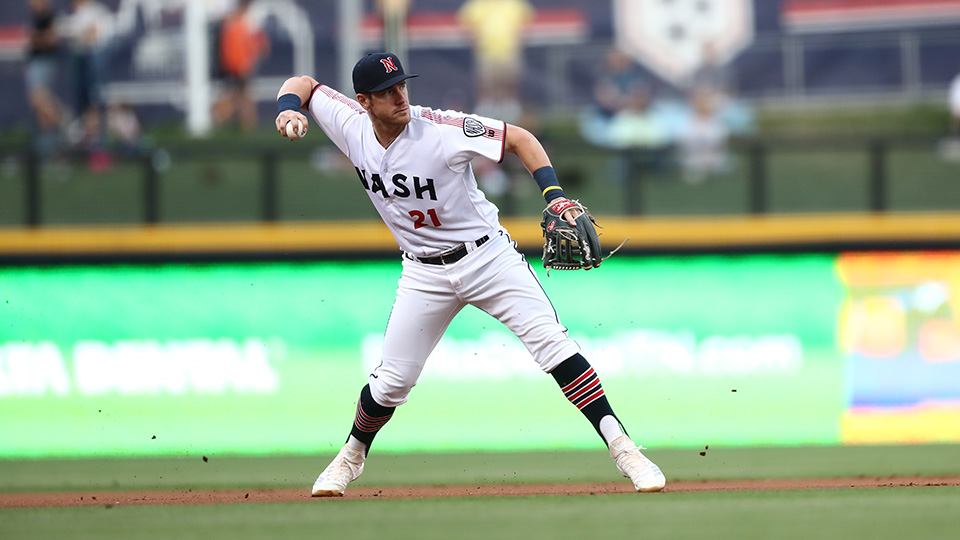 San Antonio center fielder Trent Grisham hit a solo home run in the bottom of the eighth inning to lift the Missions to a 6-5 win over the Nashville Sounds Tuesday night at Nelson Wolff Stadium.

Grisham's blast was off Nashville reliever Miguel Del Pozo and came with one out in the frame. It snapped a 5-5 tie in what was a back-and-forth game all night.

The scoring started immediately in the first when San Antonio's Nate Orf knocked in a pair of runs with a single to center field.

Patrick Wisdom's first hit of the night trimmed the deficit to 2-1 in the top of the second, but the Missions came back with a run of their own to extend the lead to 3-1. The same happened in the third when Matt Davidson's RBI fielder's choice netted Nashville a run, but San Antonio's Lucas Erceg drilled a two-run homer off Payano to make it a 5-2 game.

In the fourth, Juremi Profar had an RBI double and Eli White came through with a run-scoring single to cut the deficit to one run at 5-4.

Relievers Tim Dillard and Kyle Dowdy kept the Sounds in it while the offense chipped away. The two bullpen arms tossed 3 1/3 scoreless innings to keep the game close. Zack Granite's RBI double plated Jett Bandy in the sixth inning to tie the game at 6-6.

It stayed that way until Grisham's homer off a 3-2 pitch in the bottom of the eighth gave San Antonio the lead.

- Zack Granite swiped his 17th base of the season and is now tied for seventh-most in the Pacific Coast League.

- Eli White went 1-for-4 and extended his hitting streak to six games.