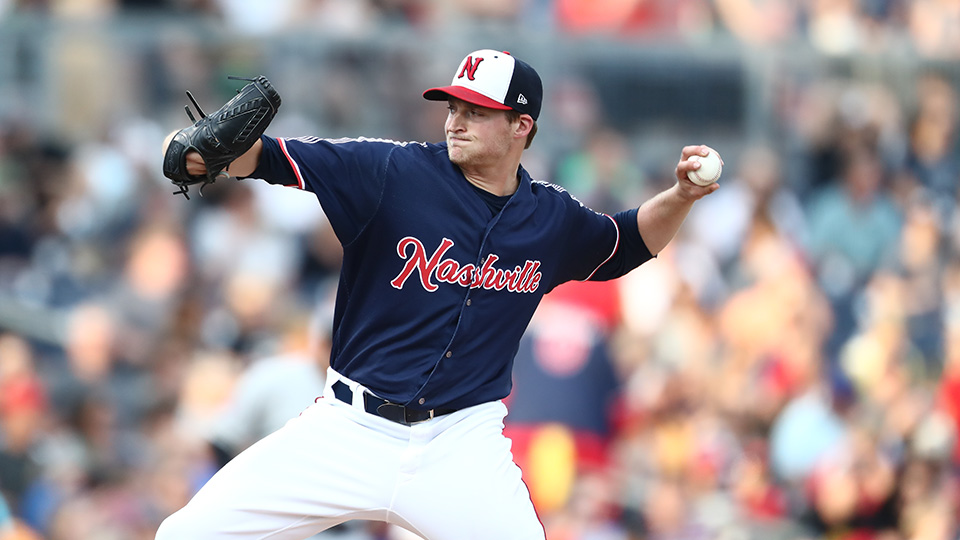 One night after reaching safely all five times, Davidson stayed locked in at the plate with this 31st home run of the season and three more RBI to bring his total to 94. He had two of Nashville's 14 hits against Omaha pitching.

Davidson helped the Sounds build an early lead when his double into the left-center gap in the top of the first scored Andy Ibanez and Patrick Wisdom to make it a 2-0 game.

The lead was extended to 4-0 in the second inning on the strength of hits from Tim Federowicz, Christian Lopes and Ronald Guzman. Zack Granite's sacrifice fly gave Nashville a 3-0 lead and a run-scoring single by Guzman extended the edge to 4-0.

While the offense was putting up numbers, the southpaw Benjamin was shutting down the Storm Chasers. He tossed six innings and limited Omaha to one run on five hits. He issued one walk, struck out four and logged his fifth consecutive quality start.

Davidson was at it again in the fifth when he mashed his 31st home run of the season to deep left field. Bandy followed with a solo shot of his own to extend Nashville's lead to 6-0. It was Bandy's 13th of the season and the fifth time a pair of Nashville teammates have hit back-to-back home runs in 2019.

After Benjamin departed after six solid innings, the bullpen trio of Phillips Valdez, Ian Gibaut and Reed Garrett took care of business. Each right-hander worked a scoreless inning to lock in the win for Benjamin, his seventh of the season.

The series finale is scheduled for Thursday night in Omaha. Right-hander Seth Maness (7-4, 5.51) starts for Nashville against left-hander Brian Flynn (4-3, 3.86) for Omaha. First pitch is scheduled for 7:05 p.m.

- Matt Davidson drilled his 31st home run of the season tonight. His 31 home runs are the seventh-highest single-season total in team history.

- Davidson drove in three runs to bring his season RBI total to 94. The 94 RBI are the ninth-most by a player in a single-season in team history.