Davidson's Sacrifice Fly Wins it for Nashville in the 13th 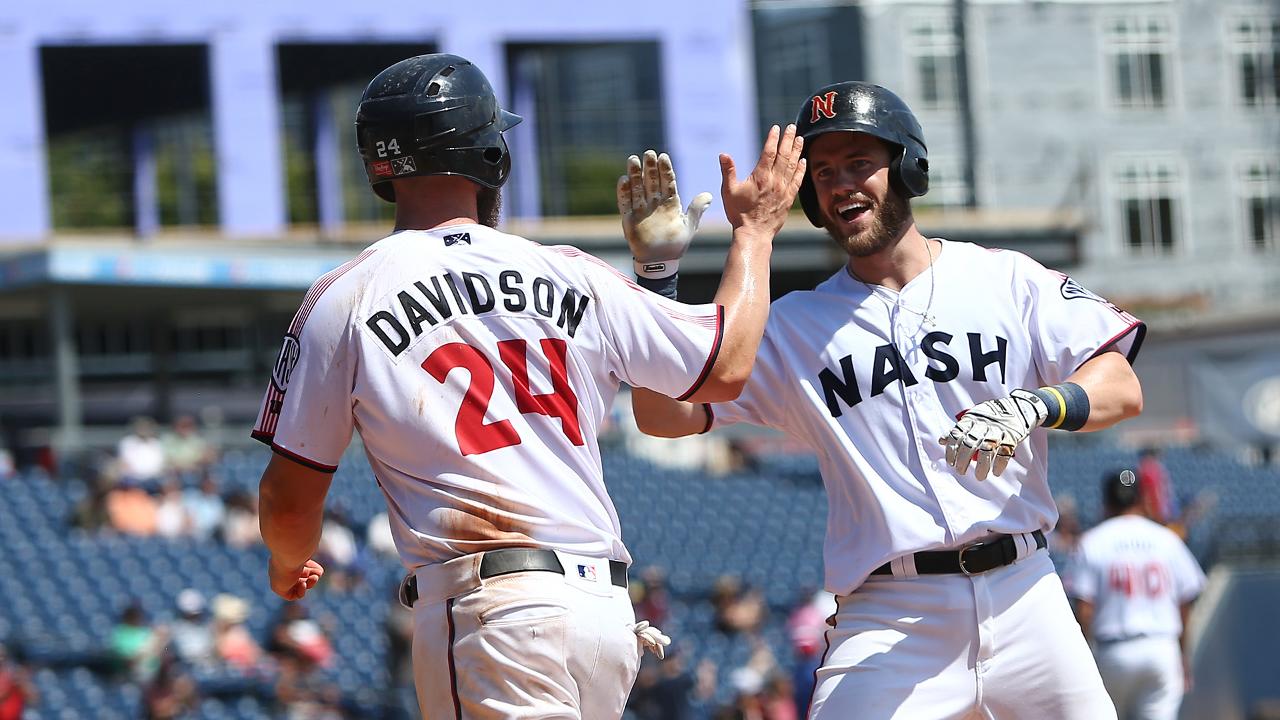 Matt Davidson hit a walk-off sacrifice fly in the bottom of the 13th inning to give the Nashville Sounds a 6-5 win over the San Antonio Missions in the season finale Monday afternoon at First Tennessee Park.

Davidson hit a 1-1 pitch from catcher-turned-pitcher Tuffy Gosewisch into left field. It was deep enough to score Andy Ibanez from third with the winning run. Nashville finished the 2019 campaign with a 66-72 record.

San Antonio jumped out to an early lead with one run in the second and two runs in the fourth. Jake Hager's RBI double in the second inning started the scoring. Jess Williams made it a 3-0 game in the fourth with a two-run single to center field.

Wes Benjamin tossed five innings in his final start of the 2019 season. The southpaw fell shy of a sixth consecutive quality start but limited the Missions to three runs in five innings. He struck out six in the no-decision.

The Sounds mounted a comeback in the middle innings. In the fifth, catcher Tim Federowicz put their first run on the board with a sacrifice fly to center field. Two home runs helped Nashville take the lead in the sixth. Andy Ibanez launched his 20th long ball of the season to start the inning, cutting the deficit to 3-2. With one out, Matt Davidson drew a walk and came around to score when Patrick Wisdom belted a two-run homer to deep left field. His 31st blast of the season gave Nashville a 4-3 lead.

It didn't last long as San Antonio got the run back in the seventh. Reliever Joe Barlow issued three walks in the frame and it came back to hurt when Jacob Nottingham hit a sacrifice fly to even the game at 4-4.

The two teams exchanged runs in the 10th inning but otherwise struggled to score in the extra frames.

- Today's attendance of 9,987 brings the season attendance to 578,291 at First Tennessee Park. The Sounds finished with the second-highest per-game average of 8,631 in the Pacific Coast League.

- Wes Benjamin tossed five innings and struck out six batters. He finished the season with career-highs in innings pitched (135.1) and strikeouts (114).

- The home run hit by Andy Ibanez was his 90th run scored of the season. The 91 runs are the 10th-most by a Sound in a single season.

- Patrick Wisdom hit his 31st home run of the year in the sixth inning. It's the eighth-most home runs hit by a Sound in a single season.

- Today's game went 13 innings, the longest game of the season for Nashville.

The 2020 season begins on Thursday, April 9 when the Sounds host the Iowa Cubs. 2020 season ticket memberships are on sale through the Nashville Sounds ticket office. For more information on membership packages, call 615-690-4487, or e-mail tickets@nashvillesounds.com.