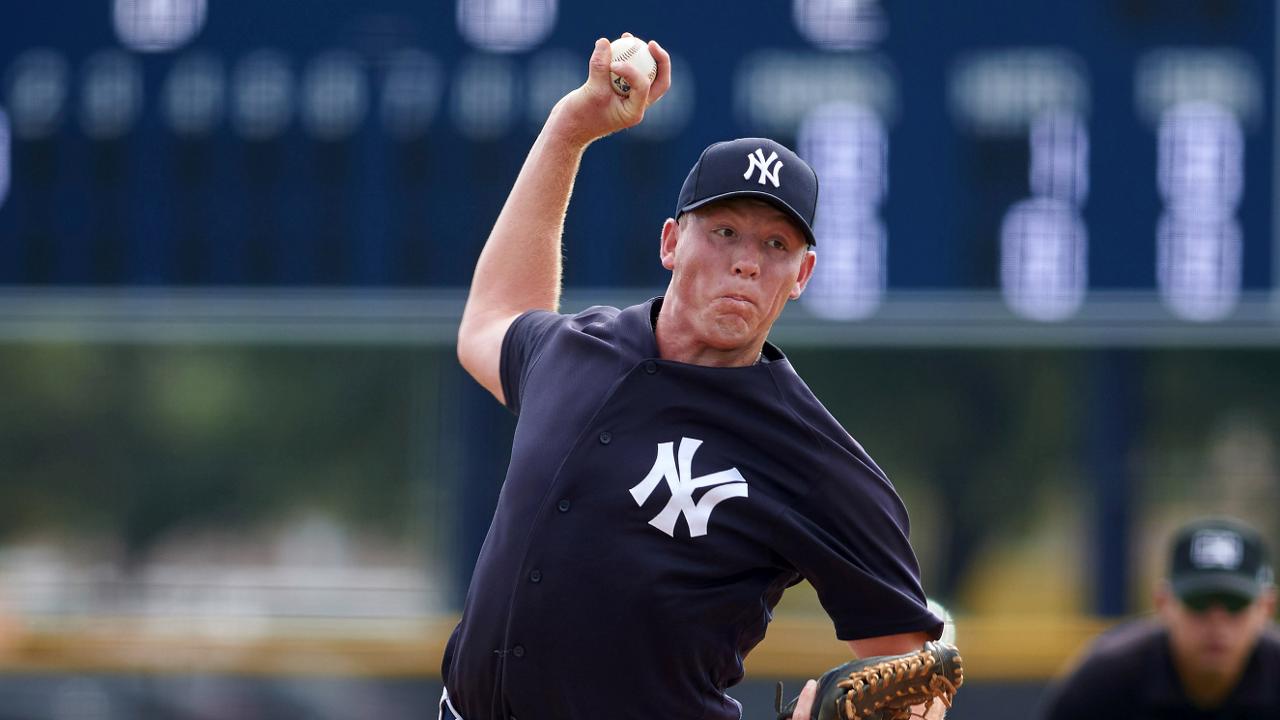 In his season debut, Matt Sauer looked to be in midseason form.

"I was really excited to get out there," Sauer said. "I was a little nervous at the beginning, but after the first pitch of the game I felt I settled in and got all the nerves out and was ready to roll for the rest of the game."

Sauer issued a one-out walk in the opening inning to Dionis Paulino, who stole second. If the 19-year-old was rattled, he didn't show it, picking off Paulino on his way to retiring 17 batters in a row.

"I went out there and did my normal pregame routine," he said. "By the fifth inning, it was in the back of my mind that there was a no-no, but I just went out and tried to compete. I wanted to start the year off with a win."

Sauer forced three groundouts in the sixth to end his night, throwing 49 of 75 pitches for strikes. He fanned three and faced the minimum.

Excuting the pickoff in the first established some momentum for Sauer, who did not have to work with another baserunner the rest of the night.

"It helped me stay in my groove. It also helped keep my pitch count down," he said. "Only facing the three batters that first inning, starting the second inning with the cleanup hitter up, it helped with all that stuff. And that way, I could go six innings."

Early in the game, Sauer had his fastball working before he found his changeup. He said he also got a feel for his curveball, with most of his late outs coming on off-speed pitches. That was something he wanted to focus on as he got deeper in the game.

Selected in the second round of last year's Draft, Sauer made six starts in the Rookie-level Gulf Coast League, posting a 5.40 ERA and striking out 12 while walking eight over 11 2/3 innings.

"Mechanics-wise, I feel a lot more smooth and like I'm throwing a lot more strikes this year," he said. "I'm just more confident for this year."

Frederick Cuevas hit a go-ahead solo homer in the seventh for the Yankees, while No. 23 prospect Canaan Smith doubled in a run.

Chase Hodson (1-0) got the win in relief, allowing an unearned run on two hits with three strikeouts in two innings. Garrett Mundell earned the save, fanning one and working around a hit in the ninth.

Jose Miguel Medina singled and scored the Cyclones' lone run on a wild pitch in the seventh. Brooklyn starter Christian James gave up four hits and a walk while striking out three in five scoreless innings.