Every starter registers a hit in 11-2 win 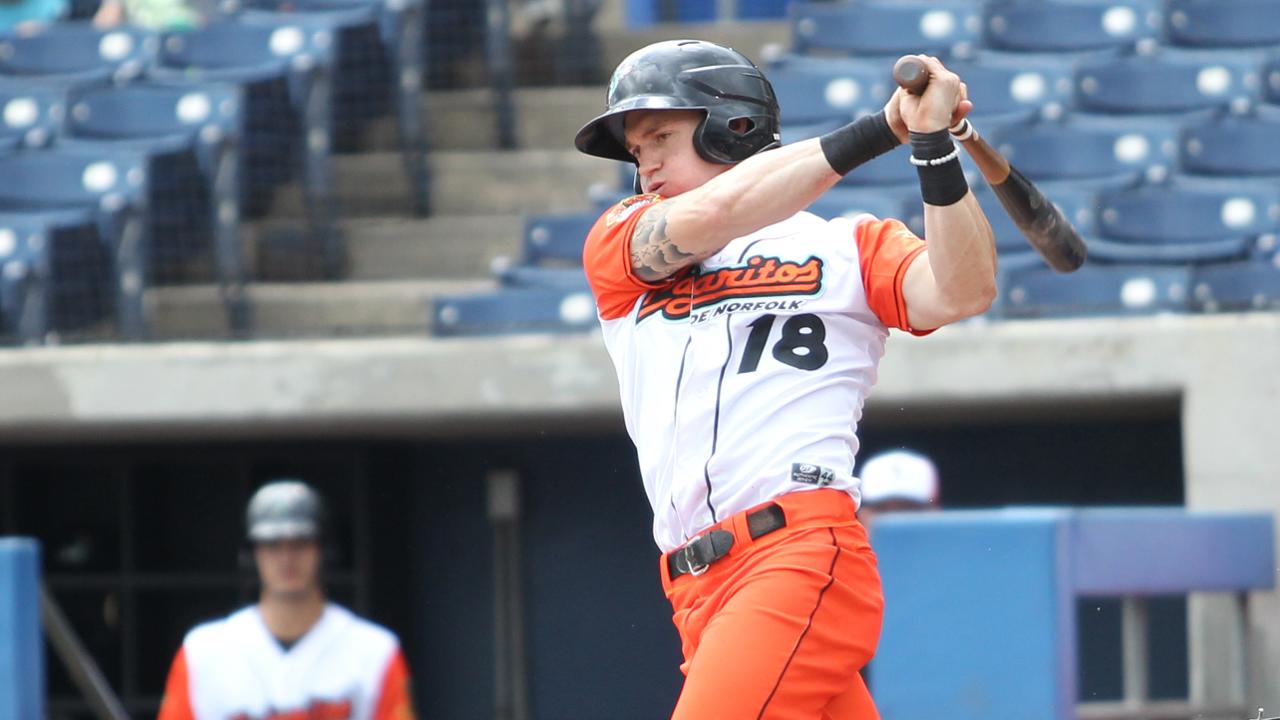 Austin Hays had three hits and two RBI to lead a 14-hit attack as the Tides rolled to an 11-2 win over the Charlotte Knights Sunday night at Harbor Park.

Hays singled in the first, doubled and scored in the fourth, then doubled home a pair of runs during a six-run fifth to help the Tides win for the third time in the last four contests. The 24-year-old outfielder, who is ranked as the #6 prospect in the Orioles system, has now hit safely in 23 of his last 27 games, batting .309 with five home runs, three doubles and 11 RBI over that stretch.

Every Tides starter hit safely in the contest, while eight different Norfolk players registered an RBI. Ademar Rifaela doubled twice and drove in two, while Ryan Mountcastle and Zach Vincej each added two hits and an RBI.

Norfolk starter Tom Eshelman (3-2) was the beneficiary of the offensive outburst, although he didn't need much support. Eshelman limited the Knights to a two-run homer by Luis Robert over seven strong innings, striking out a season-high eight without walking a batter. The 25-year-old right-hander retired all seven batters he faced after allowing Robert's home run, with five of those seven batters being retired by strikeout.

Notes: The Tides wore their Pajaritos de Norfolk uniforms as part of Minor League Baseball's Copa de la Diversion…Mason Williams has hit safely in 47 of his last 56 games…Norfolk doubled six times in the contest, upping the season total to 268 doubles this season - just two shy of matching the franchise record of 270 set during the 2005 season…Norfolk is 18-11 since August 1st.