Reks and Lux hit home runs Monday, but Iowa held OKC to four total hits in the series opener between the teams 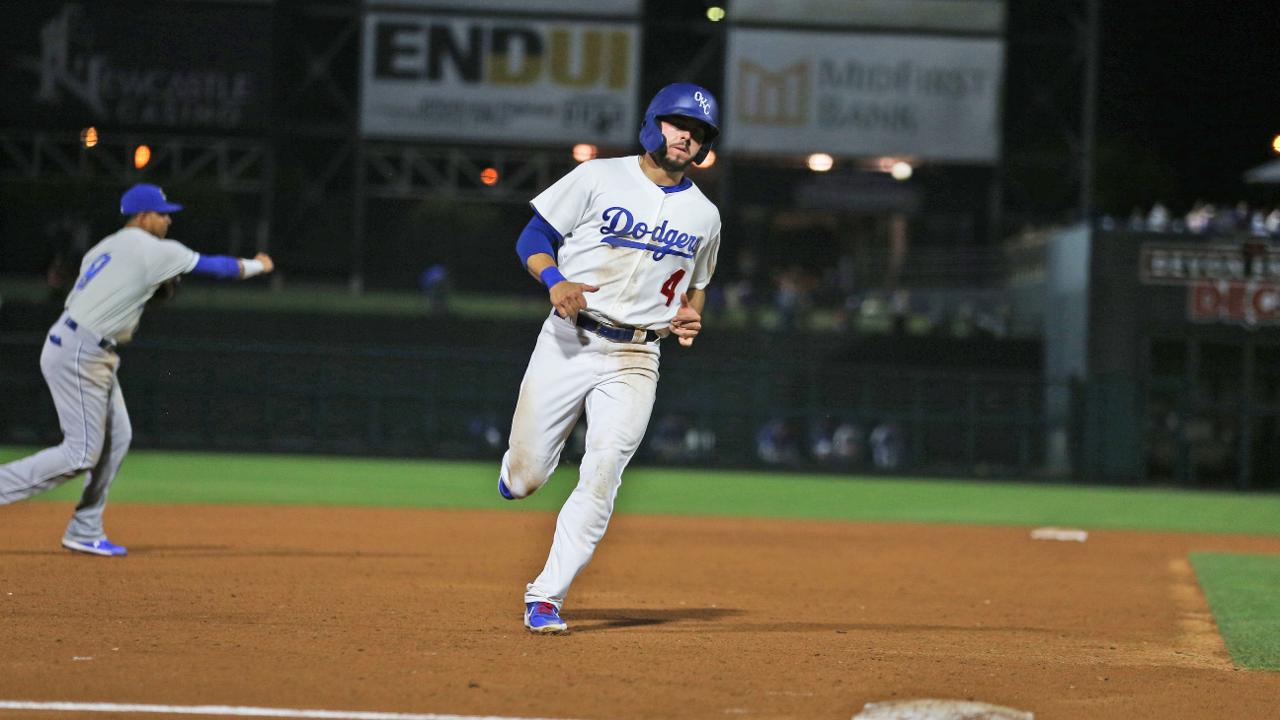 Rea (11-2) allowed two runs and three walks with six strikeouts in his longest outing of the season as he picked up his PCL-leading 11th win of the season. Rowan Wick entered the game to pitch for Iowa in the ninth inning and retired the Dodgers in order for his fifth save of the season.

OKC entered Monday's game having won 12 of its previous 13 series openers, as well as seven straight series openers on the road, but Iowa jumped out to a 2-0 lead in the first inning and led the rest of the night.

With runners at first and second base, a wild pitch by OKC starting pitcher Tony Gonsolin with Iowa's Jim Aducci at the plate advanced the runners to second and third base. A second wild pitch by Gonsolin, who returned from a stint on the Injured List Monday, then brought home a run. Aducci then grounded a RBI single into right field for a 2-0 Iowa edge.

Reks hit the first pitch he saw in the second inning out to straight center field for his 13th homer of the season with the Dodgers to cut Iowa's lead to 2-1, but that would be the closest the Dodgers would get on the scoreboard.

Back-to-back two-out home runs by Dixon Machado and Happ - his second homer of the night - in the bottom of the seventh inning pushed Iowa's lead to 5-1 and marked the first time this season the Dodgers allowed back-to-back home runs.

Dodgers shortstop Lux kept his hitting streak alive in his final at-bat of the night, lining a solo homer out to left-center field with two outs in the eighth inning as he cut Iowa's lead to three runs.

Lux has now hit safely in each of his first 12 Triple-A games since joining the Dodgers June 27. Monday's homer was his third with OKC as the Dodgers were held to fewer than five hits in a nine-inning game for the first time since collecting three hits in a 301 loss June 26 against New Orleans in OKC.

Gonsolin (1-3) was charged with the loss for the Dodgers, allowing two runs and two hits over 1.2 innings with one walk and three strikeouts.

The Dodgers continue their series against Iowa at 7:08 p.m. Tuesday at Principal Park. Live radio coverage begins 15 minutes before first pitch on AM 1340 "The Game," 1340thegame.com and through the free iHeartRadio or MiLB First Pitch apps.