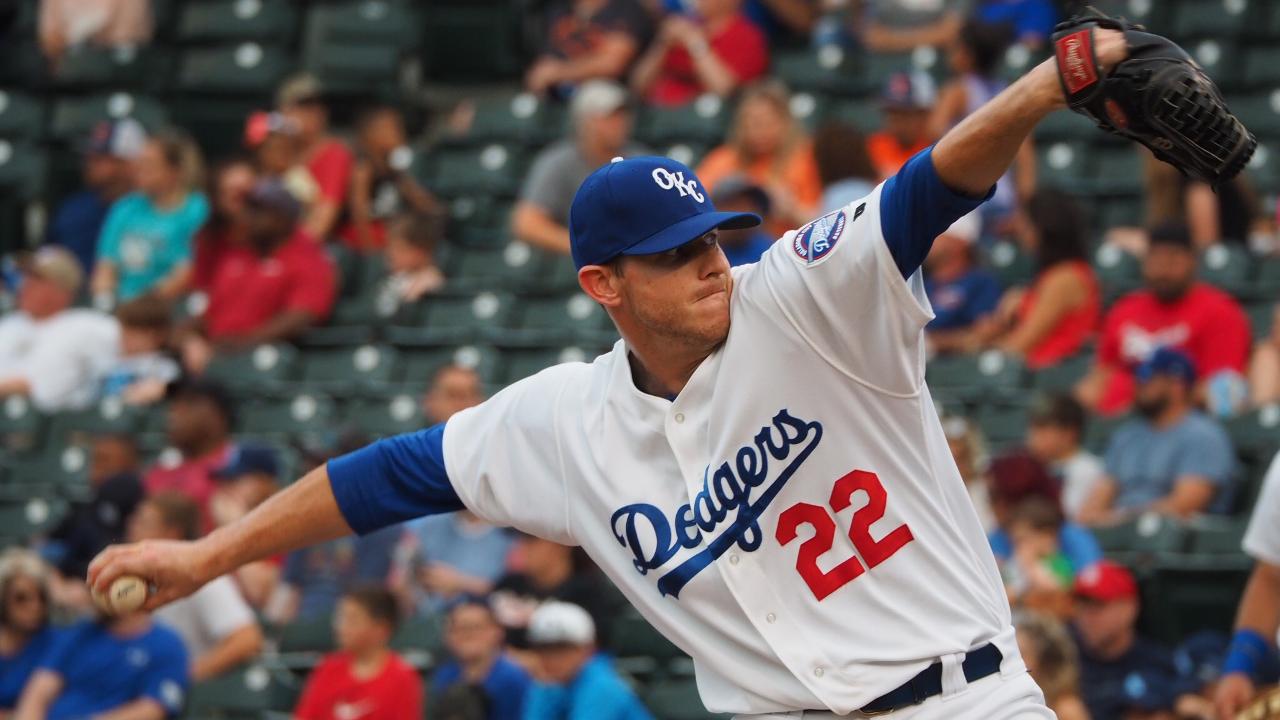 Gallen (6-1) became the first pitcher in the league to six wins this season and gave up just one run and four hits over seven strong innings. He walked one and struck out six while defeating the Dodgers for the second time this season.

OKC was limited to four hits on the night and tallied just two singles over the final seven innings. The Dodgers went 0-for-10 with runners on base and did not have a runner reach scoring position after the second inning. Over the four-game series, the Dodgers collected just 19 hits and had two extra-base hits - both doubles - over the final three games.

The Dodgers (16-30) scored their only run in the first inning due to an unorthodox sequence. With two outs, the Baby Cakes committed two errors on the same play when Shane Peterson stole second base. Peterson advanced to third base on a throwing error by catcher Wilkin Castillo and then scored on a fielding error by center fielder Monté Harrison.

New Orleans (27-22) pulled even in the bottom of the first with a two-out RBI single by Yadiel Rivera. They took the lead two innings later with a another two-out hit, this time a RBI double by Lewis Brinson.

The Baby Cakes took advantage of a series of OKC miscues in the fifth after the bases were empty with two outs. Harrison was hit by a pitch and promptly stole second base. Isan Diaz came up next, and on the second pitch of the at-bat, he sent a fly ball into foul ground near the Dodgers bullpen. However, the ball landed in between left fielder Zach Reks and third baseman Edwin Ríos, resulting in a foul ball. Three pitches later, Diaz homered to left-center field, and his two-run shot made it 4-1.

OKC starting pitcher Justin DeFratus (0-2) turned in seven solid innings, which set a season high and tied him for the longest start by a Dodger this season. He allowed four runs and seven hits, with no walks and six strikeouts.

Kyle Keller pitched the final two innings for New Orleans and kept the Dodgers hitless and scoreless to earn his first save. Although he walked the first batter he faced, Keller retired the final six batters, as he and Gallen combined to retire 10 of the final 11 OKC batters.

No Dodger had more than one hit. Cameron Perkins was responsible for the team's only extra-base hit, picking up a double in the first inning.

Friday was the final game the Dodgers will play at the Shrine on Airline, as the New Orleans franchise will move to Wichita next season. With the loss, OKC finished with an all-time record of 86-87 at the venue since both teams joined the PCL in 1998.

The Dodgers begin the second leg of their road trip at 7:05 p.m. Saturday in Omaha, as the teams start a six-game series over five days. Live coverage begins 15 minutes before first pitch on AM 1340 "The Game," 1340thegame.com and through the free iHeartRadio or MiLB First Pitch apps.