Dodgers Bats Break Out in 12-2 Win 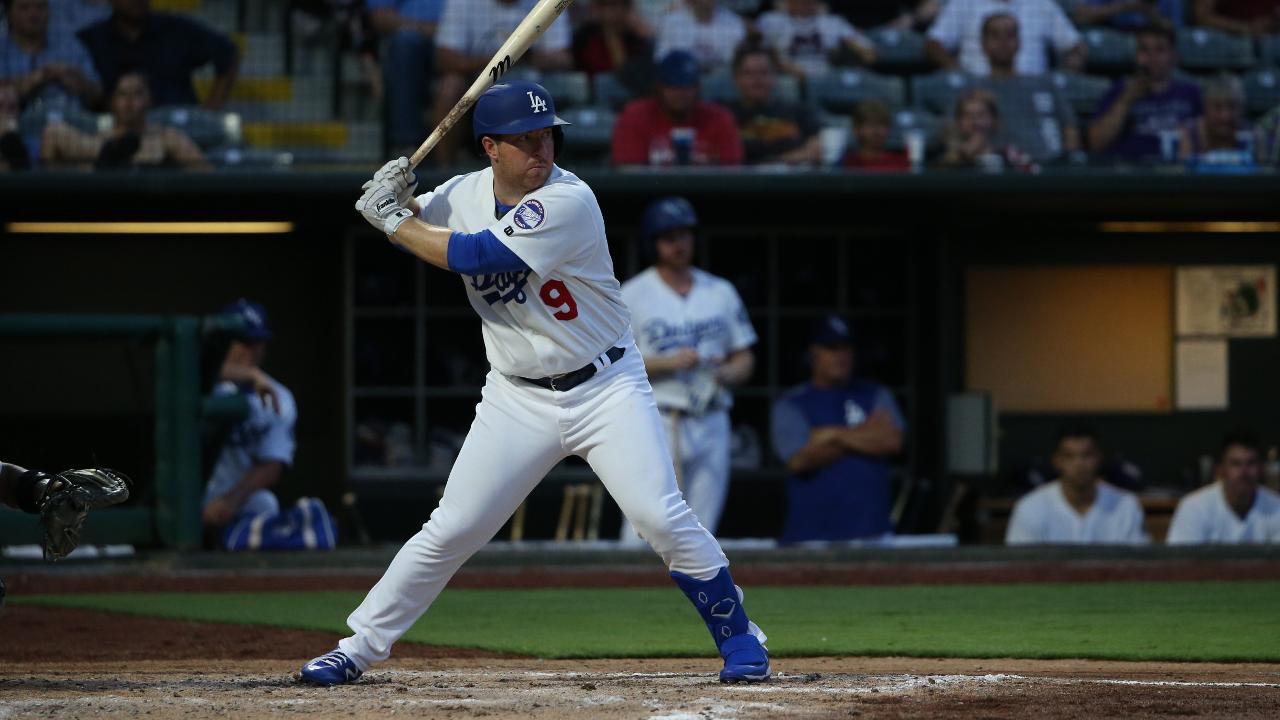 Oklahoma City - Nine runs by the Oklahoma City Dodgers in the fifth inning broke open Monday night's game and sent the Dodgers to a 12-2 win against the Reno Aces at Chickasaw Bricktown Ballpark.

After being held to three runs and four hits over the first 22 innings of the series against the Aces, the Dodgers offense exploded for nine runs and eight hits in the fifth inning alone Monday.

Oklahoma City went on to hit four home runs in the game and compiled their highest run total since a 16-1 road victory at Nashville July 23.

Meanwhile, Dodgers starting pitcher Tony Gonsolin opened the game with five shutout innings, recording nine strikeouts in the process in his return to the team after two strong recent outings with the Los Angeles Dodgers.

The Aces (57-63) loaded the bases in the second inning with one out, but Gonsolin struck out the next two batters to escape the jam and keep the game in a scoreless tie.

The Dodgers' first hit of the night came in the fifth inning when Jon Kemmer led off and lined a single into left-center field. Oklahoma City went on to open the inning with five straight hits before an out was made.

Later with one out, Austin Barnes doubled to the warning track in center field to bring home another run for a 5-0 Dodgers advantage. After a pitching change and a walk by Zach Reks, Jedd Gyorko drilled a three-run homer out to center field. The home run was his first in four games with OKC during his Major League rehab assignment

McKinstry came up to bat again later in the inning with two outs and hammered a solo homer into the Reno bullpen in right-center field for a 9-0 Dodgers lead via their eighth hit of the frame.

The Dodgers (56-63) added another run in the sixth inning when Gavin Lux crushed a solo home run out to right field that sailed past the Reno bullpen, past the lawn seating area and off the support of the advertisements hanging above the walkway for a 10-0 Dodgers advantage. The homer was Lux's 11th with OKC as he has now reached base safely in each of his first 35 Triple-A games.

Later with position player Josh Prince pitching for Reno, Connor Joe hit a two-run homer out to left field to extend OKC's lead to 12-1 in the eighth inning.

Reno tacked on a run with a sacrifice fly from DeLuzio in the ninth inning, as the Dodgers outhit the Aces, 11-7.

Reno starting pitcher Joel Payamps (2-2) was charged with the loss. He ended up allowing six runs and six hits over 4.1 innings with one walk and six strikeouts.

Reno now leads the series, 2-1, but the Dodgers will try for a series split when they wrap up their four-game series against the Aces at 7:05 p.m. Tuesday at Chickasaw Bricktown Ballpark.