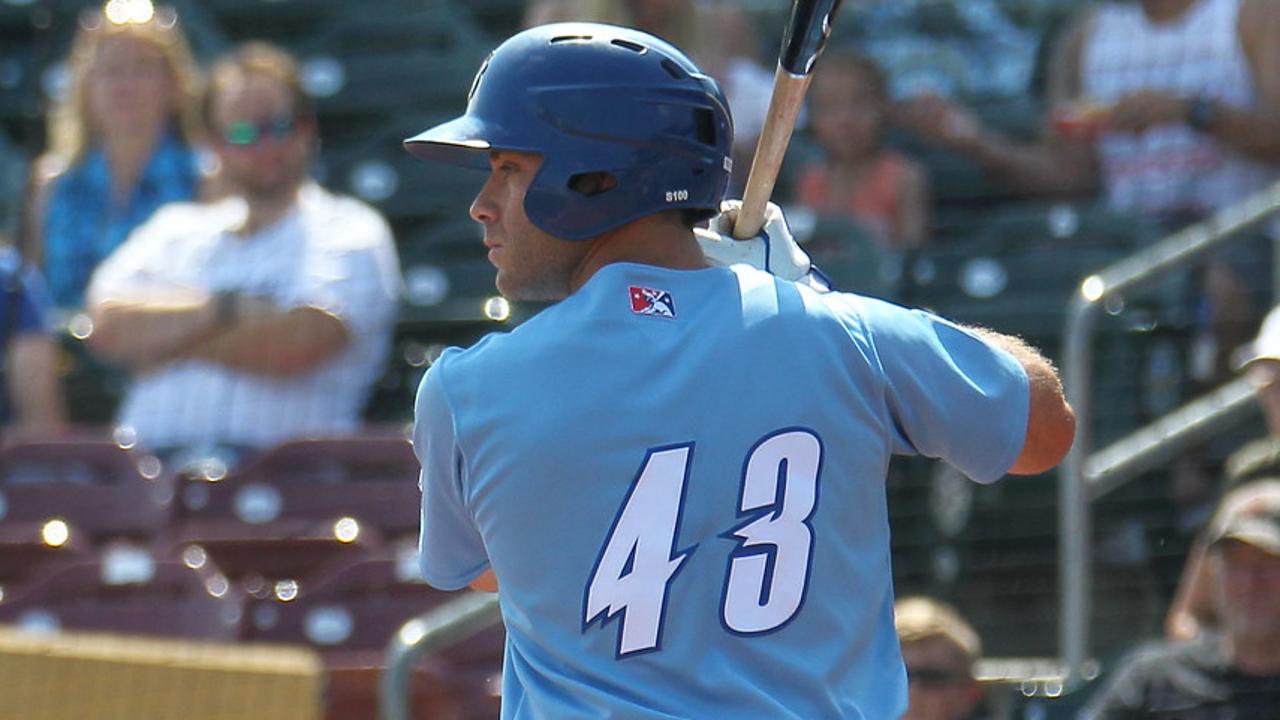 Omaha SS Taylor Featherston clubbed two hits, including a homer, and drove in three runs, in the Storm Chasers' 6-0 victory in their 2019 finale on Monday afternoon at Werner Park. (Minda Haas Kuhlmann)

Omaha second baseman Jimmy Govern and shortstop Taylor Featherston combined for five hits, including back-to-back home runs, and drove in four runs, while five Storm Chasers pitches combined for a four-hit shutout in a 6-0 victory in their 2019 season finale on Monday afternoon at Werner Park.

Omaha LF Rudy Martin mashed a solo big fly to lead off the order in the last of the first, with RF Erick Mejia adding an RBI double to grab an early 2-0 advantage. After adding a single tally in the third, Featherston and Govern hit back-to-back jacks to extend the margin to six.

The Storm Chasers are scheduled to begin their 2020 campaign on the road on Thursday, April 9 at Memphis. Following that five-game set, Omaha is slated to start the tenth season at Werner Park on Tuesday, April 14 with a seven-game homestand featuring the Round Rock Express and San Antonio Missions.

Ticket packages for the 2020 season, including full-season, Chasers Blue Book and Flex Plans, are now available and start at just $99. Ticket packages can be purchased by calling the Werner Park Ticket Office at (402) 738-5100.