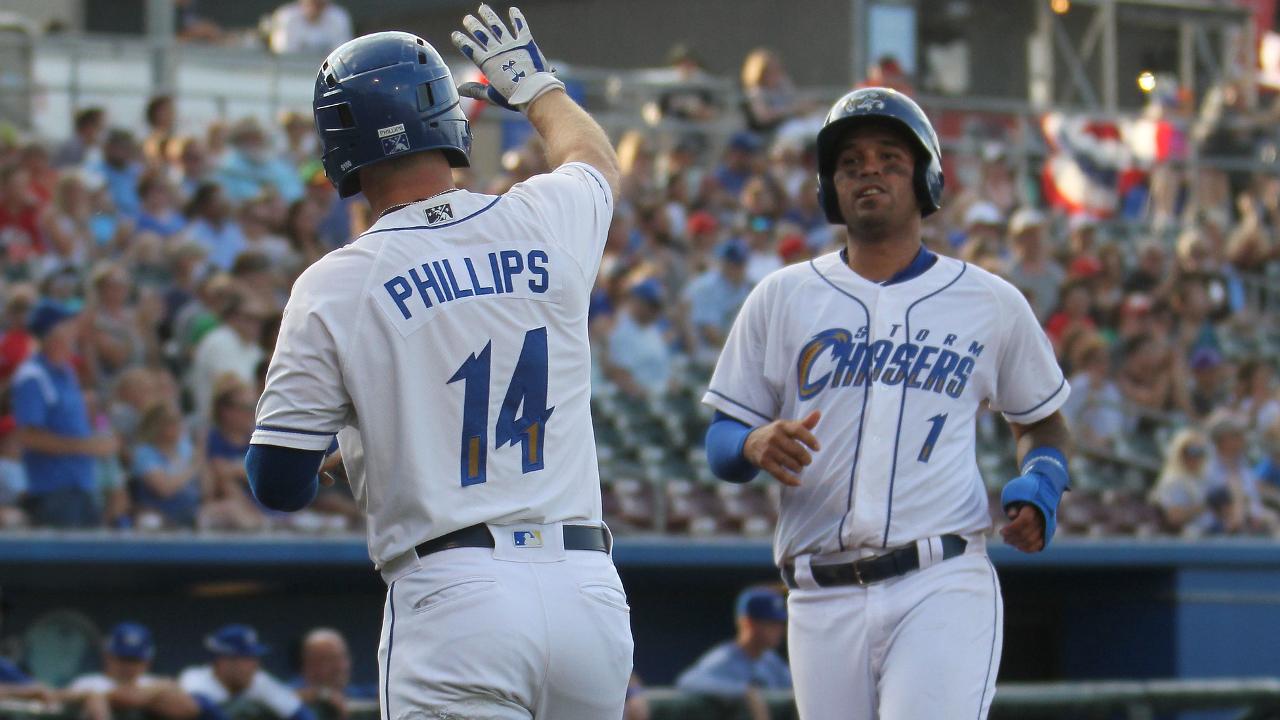 The Storm Chasers erupted for eight runs in the first inning, including a two-run single from shortstop Humberto Arteaga and a two-run triple by right fielder Brett Phillips, while right-hander Zach Lovvorn tossed six solid innings of relief in Omaha's 11-3 win over the Nashville Sounds on Saturday night at Werner Park.

Arteaga and C Nick Dini each drove in two runs as part of the massive scoring spurt prior to 3B Erick Mejia capping the big inning with a two-run triple to right. Following Nashville C Jett Bandy's solo homer in the fifth, Phillips smashed his two-run three-bagger to left, his team-leading ninth triple of the year, to extend the Omaha advantage to 10-1. Sounds LF Scott Heineman would later crush a two-run homer to left in the sixth, though the Storm Chasers provided the final blow courtesy of Flores' run-scoring single to left in the seventh.

The two teams are slated to complete their four-game set on Sunday afternoon, with Omaha going for the series sweep. First pitch at Werner Park is scheduled for 2:05pm CT.

Tickets for that game and all remaining Storm Chasers home contests can be purchased online at www.omahastormchasers.com, or by calling the Werner Park Ticket Office from noon until 6:00 p.m. Monday through Friday at (402) 738-5100.