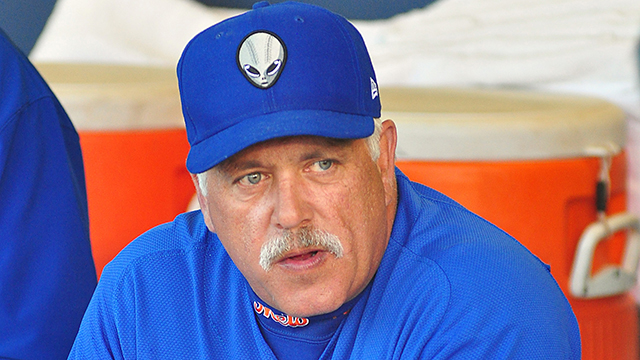 ROUND ROCK, Texas - Wally Backman of the Las Vegas 51s has been named the 2014 Pacific Coast League Manager of the Year, the league office announced today.

Backman was voted the league's top skipper after a balloting of the 16 field managers and media representatives from each PCL city. He is the second Las Vegas manager to receive the award in the club's 32-year history, with the previous recipient being Brad Mills in 2002.

Backman, 54, has guided the New York Mets' Triple-A affiliate to their second-straight Pacific Southern Division title, after spending the entire season in first place. With three games remaining, the 51s hold an 80-61 record, the best mark in the PCL. This is the first time in the franchise's history that the club has recorded two consecutive 80-win seasons, and will be heading to the postseason in back-to-back years for first time since 1987-88.

The 2014 season marks Backman's second with Las Vegas, where he has tallied a combined record of 161-124. The Oregon native joined the Mets' organization in 2010 as a manager of Short-Season Brooklyn. He followed that stint by managing Double-A Binghamton (2011) and Triple-A Buffalo (2012). Prior to working in the Mets' farm system, he spent time as the skipper for Single-A Winston-Salem (2001), Double-A Birmingham (2002-03), Single-A Lancaster (2004), as well as in independent baseball with South Georgia (2007) and Joliet (2008-09). Sporting News named him the Minor League Manager of the Year in 2004, after leading the Lancaster JetHawks to an 86-win campaign.

Finishing second to Backman in the Manager of the Year voting was Steve Scarsone (Sacramento), followed by Pop Warner (Memphis) and Phil Nevin (Reno).