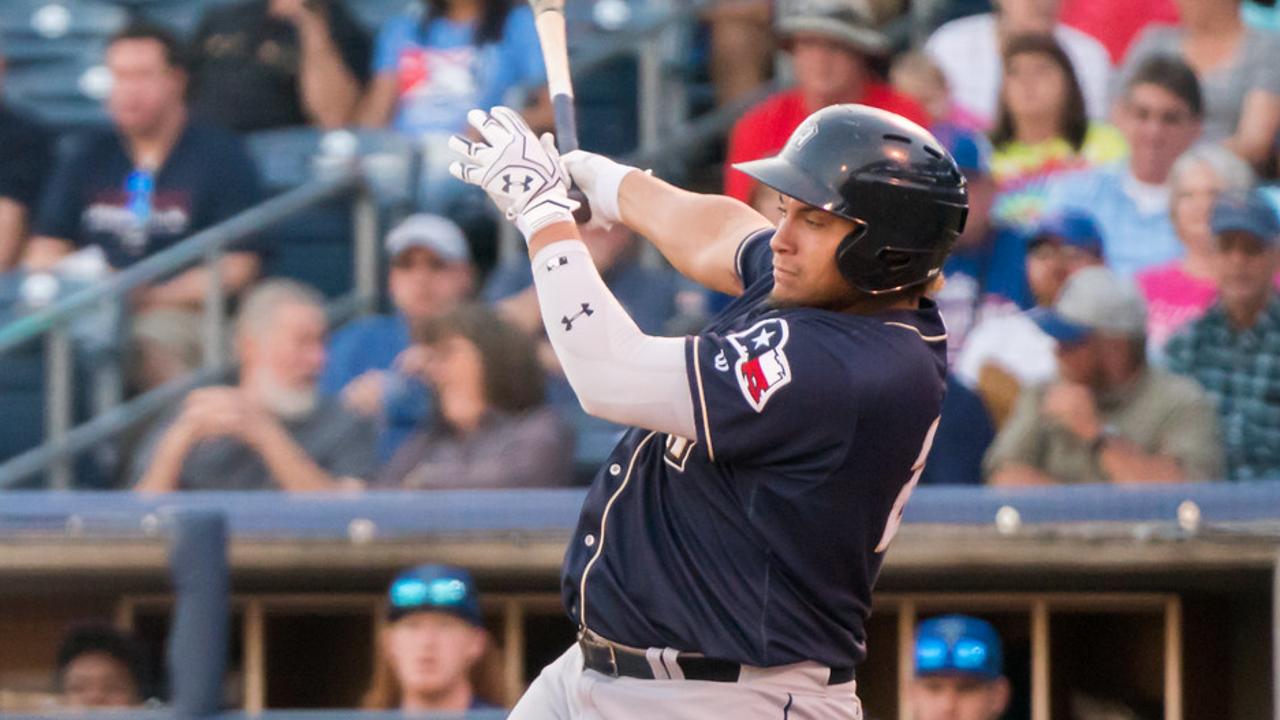 Josh Naylor posted his second two-homer game of the season and the sixth of his professional career. (Tim Campbell)

El Paso entered Monday night topping the Pacific Coast League in every major slugging category. It didn't take long for the Chihuahuas to add to their stats line.

El Paso set the team's single-game runs mark and its 22-hit outburst was one short of the record book. The Chihuahuas had 11 extra-base hits.

Isotopes left-hander Pat Dean was efficient with his first pitch, coaxing an infield popup from Michael Gettys. But six pitches later, El Paso had the lead following a double by San Diego's third-ranked prospect Luis Urias and a two-run dinger to right field by Naylor -- the team's 100th of the season as the Chihuahuas became the first team in affiliated baseball to reach the century mark this season. The Chihuahuas added two more runs to take a 4-0 lead.

El Paso doubled its efforts in the second frame, scoring eight times, including a homer by A.J. Kennedy. After a bases-loaded walk in the frame, Naylor scored on a base hit by Matthew Batten.

The first-round choice of the Marlins in 2015 lofted a towering shot over the left-field wall off Albuquerque right-handed reliever Matt Pierpont for a 13-4 lead in the third.

In the fourth, Scavuzzo got in on the long ball action, driving a 1-1 pitch from Pierpoint into the left-field seats.

Naylor led off the fifth with a ground-ball single to center and scored on a double by Esteban Quiroz. Scavuzzo followed with his second big fly to left, this time off southpaw Phillip Diehl, to give El Paso an 18-4 advantage.

Naylor, who was acquired by San Diego via a trade in 2016, struck out in the sixth against Isotopes right-hander Jesus Tinoco and flied to right to end the seventh facing lefty Evan Grills. He finished 3-for-5 with two dingers, four RBIs and scored four times.

The Mississauga, Ontario, Canada, native has hit in four straight games and seven of the last 10, going 13-for-42 (.310) with four extra-base hits, nine RBIs and six runs scored.

Robert Stock (3-0) picked up the win after scattering one hit and three walks across 1 1/3 innings. He struck out three.

Rockies No. 9 prospect Sam Hilliard hit a three-run homer, his 13th, while Pat Valaika went 3-for-5 with two homers, four RBIs and three runs for the Isotopes.