No. 12 overall prospect will pitch in relief for NL West leaders 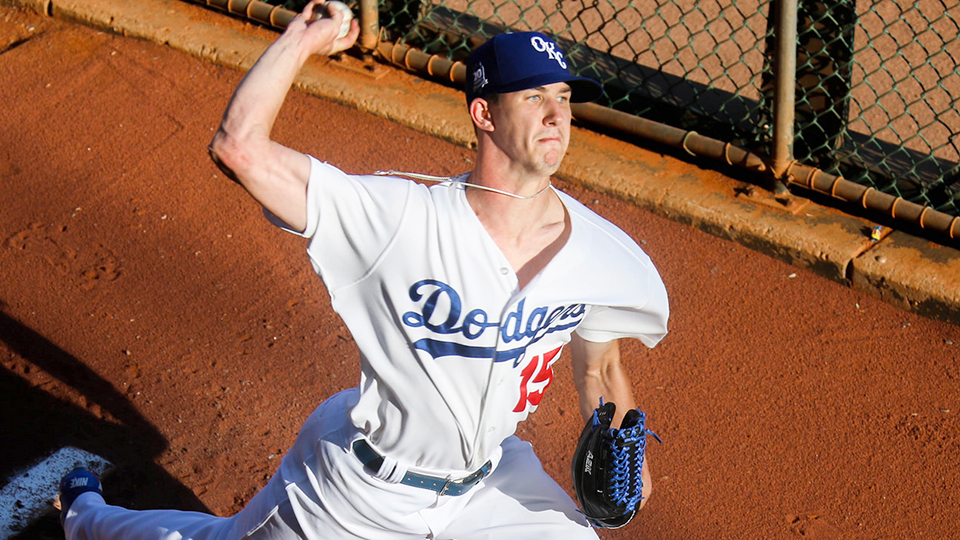 The team with Major League Baseball's best record by a mile is about to get one heck of a reinforcement.

The Dodgers plan to call up MLB.com's No. 12 overall prospect Walker Buehler from Triple-A Oklahoma City on Wednesday, manager Dave Roberts told the media Monday. Buehler will have to be added to the 40-man roster before the move can be made official.

Roberts added that the 23-year-old will pitch out of the bullpen for Los Angeles, which sports a 92-44 record and sits 13.5 games up in the National League West Division.

He made five starts in the California League for Class A Advanced Rancho Cucamonga, posting a 1.10 ERA with 27 strikeouts in 16 1/3 innings before moving up to Double-A Tulsa on May 10. The Kentucky native held his own in a starting role in the Texas League with a 2-2 record, 3.49 ERA, 1.12 WHIP and 64 punchouts in 49 frames and was promoted to Triple-A Oklahoma City on July 16.

He last pitched Sunday, giving up two earned runs on one hit and two walks with two strikeouts in one inning against Round Rock.

Video: Buehler gets his fifth strikeout over two innings

The right-hander didn't last longer than 5 1/3 frames in any outing this season as the Dodgers tried to limit him post-Tommy John. He showed capabilities of being a long man out of the bullpen, however, lasting longer than one inning in five of nine relief outings. Roberts did not elaborate on what type of relief role Buehler could serve upon his promotion.

Buehler thrived in 2017 because of a four-pitch mix that includes a plus-plus fastball that can reach the high-90s at times, a plus curveball and an above-average slider. That type of package normally translates to a dominant starter, but with the Dodgers trying to keep the 6-foot-2, 175-pound hurler's innings low, it's expected his stuff should continue to play up in shorter stints.

That's a worrisome thought for opposing Major League lineups who already had to deal with Kenley Jansen and Pedro Baez, among others, in a Los Angeles bullpen that ranks second in the Majors with a collective 2.98 ERA.