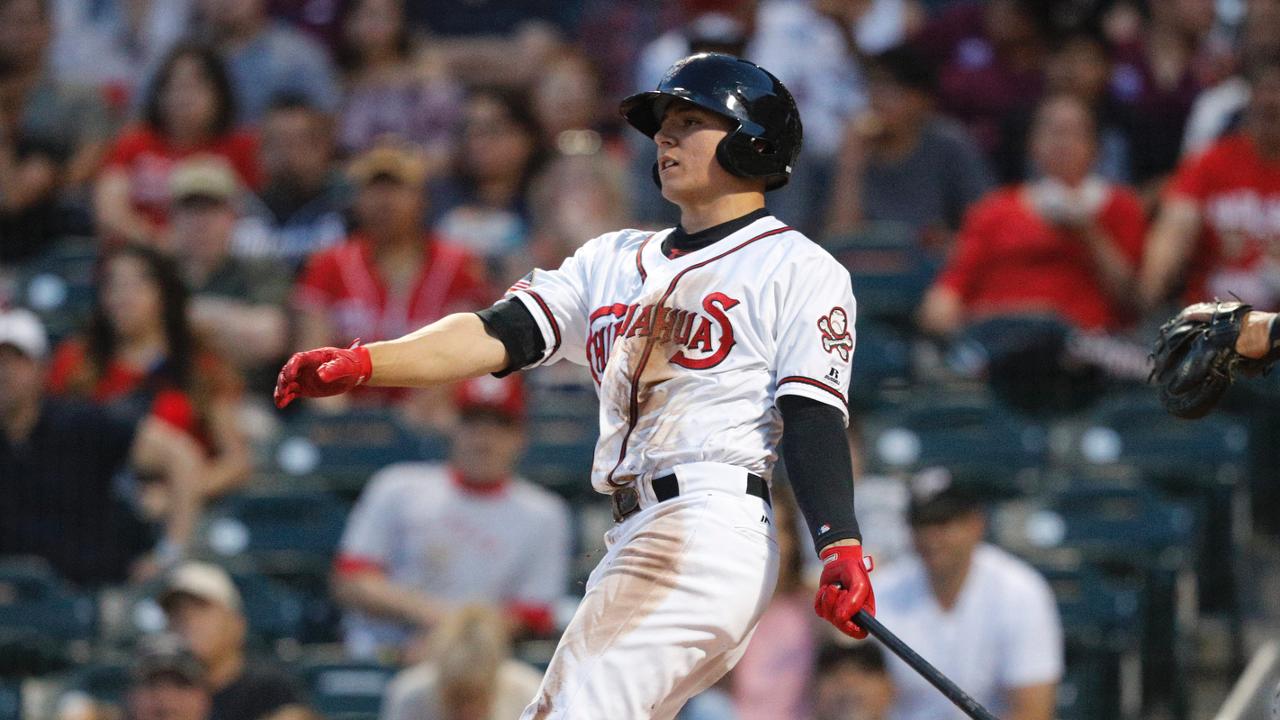 After a week back in the Minors following struggles in the big leagues, it seems like Luis Urias has found his groove again.

The Padres' No. 3 prospect recorded his first career multi-homer game on Saturday, going 3-for-5 with a pair of solo shots in Triple-A El Paso's 12-3 romp over Las Vegas at Las Vegas Ballpark.

Urias got going quickly, taking right-handed starter Tanner Anderson deep to left field in the first inning for his third homer of the season. He singled to left in the fourth before hitting another solo blast off Anderson, this time to right field to extend the Chihuahuas' lead to 5-3. In the ninth, he reached after being hit by a pitch and scored on a homer by No. 11 prospect Josh Naylor

MLB.com's No. 22 overall prospect started the year with El Paso but got the call up to The Show after only four games. He scuffled with the Padres, however, hitting .083 in 11 games. That was enough for the club to send him back to the Pacific Coast League, although it made it clear the decision was not a knock on him as a prospect.

"Still didn't find a timing or a rhythm," Padres manager Andy Green told the Los Angeles Times at the time of the move. "You can see in his at-bats that he wasn't quite who we know he is. There's a ton of confidence from this organization that he's going to be a huge part of this."

Since rejoining the Chihuahuas, Urias is hitting .375 with three homers and five RBIs. If he keeps up that level of success, it seems like it may not be long before he's back in San Diego.

"We want to see him do some things," Green said. "When he does those things, we know he's going to be successful up here."

Dietrich Enns (3-0) made the lead hold up, allowing three runs on three hits and two walks with four strikeouts over six innings. Fernando Rodriguez Jr. followed with three hitless frames for his second save of the season.