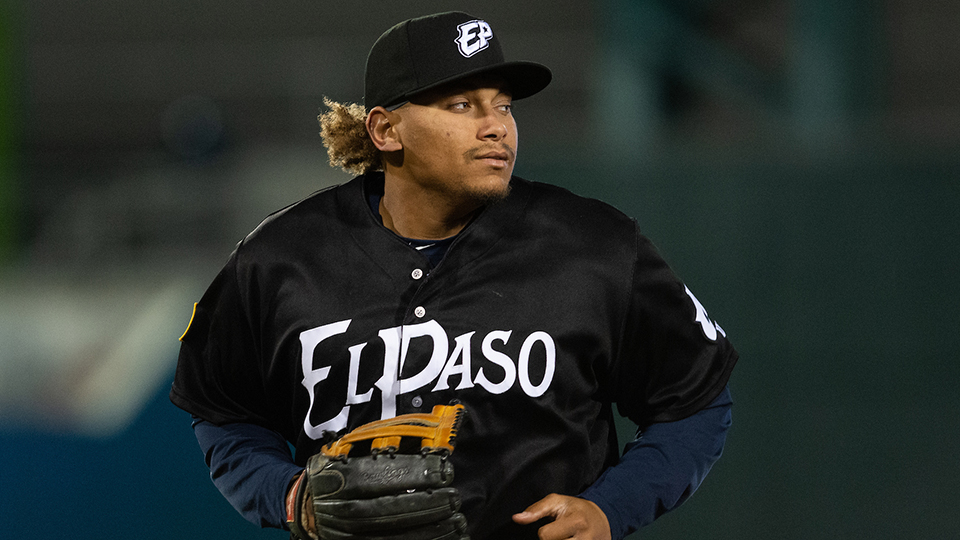 Josh Naylor's big bat is sending him to the big leagues.

The ninth-ranked Padres prospect has gotten the call ahead of Friday's matchup against the Blue Jays, according to MLB.com. Naylor, an Ontario native who grew up about a half hour away from Rogers Centre, could enter The Show for the first time on the same day that No. 9 Blue Jays prospect Cavan Biggio might do likewise for Toronto.

In his first trip to Triple-A, the 21-year-old excelled in the Pacific Coast League, hitting .299/.378/.538 with 10 home runs and 35 RBIs. A year after he clobbered 17 homers for Double-A San Antonio, Naylor racked up 24 extra-base hits, tied for sixth overall on the circuit.

The 2015 first-round pick compiled a .291 average with an .825 OPS over 20 games in May. Although a left-handed hitter, Naylor has exceeded against left-handed pitching this season with three homers and 1.040 OPS in 58 at-bats. On Monday, the outfielder slugged two dingers against Albuquerque -- his second multi-homer performance of the season.

"He loves his craft. He works at it relentlessly," Padres director of player development Sam Geaney said of Naylor in December. "He's layered several strong seasons on top of each other, a little stronger this year at least in terms of power and in terms of his average. He continues to be everything you want in a hitter. He walked more this year and struck out less. He's checking all of the boxes we look for in a young player."

With 55-grade hit and power tools, according to MLB.com, Naylor sports an overall .285/.349/.436 slash line with 50 homers and 234 RBIs in 434 Minor League games. Originally selected by the Marlins and dealt to the Padres in a seven-player deal before the non-waiver trade deadline in 2016, the brother of the Indians' Bo Naylor was an All-Star Futures Game selection in 2016 and 2017 and named an Organization All-Star last year.