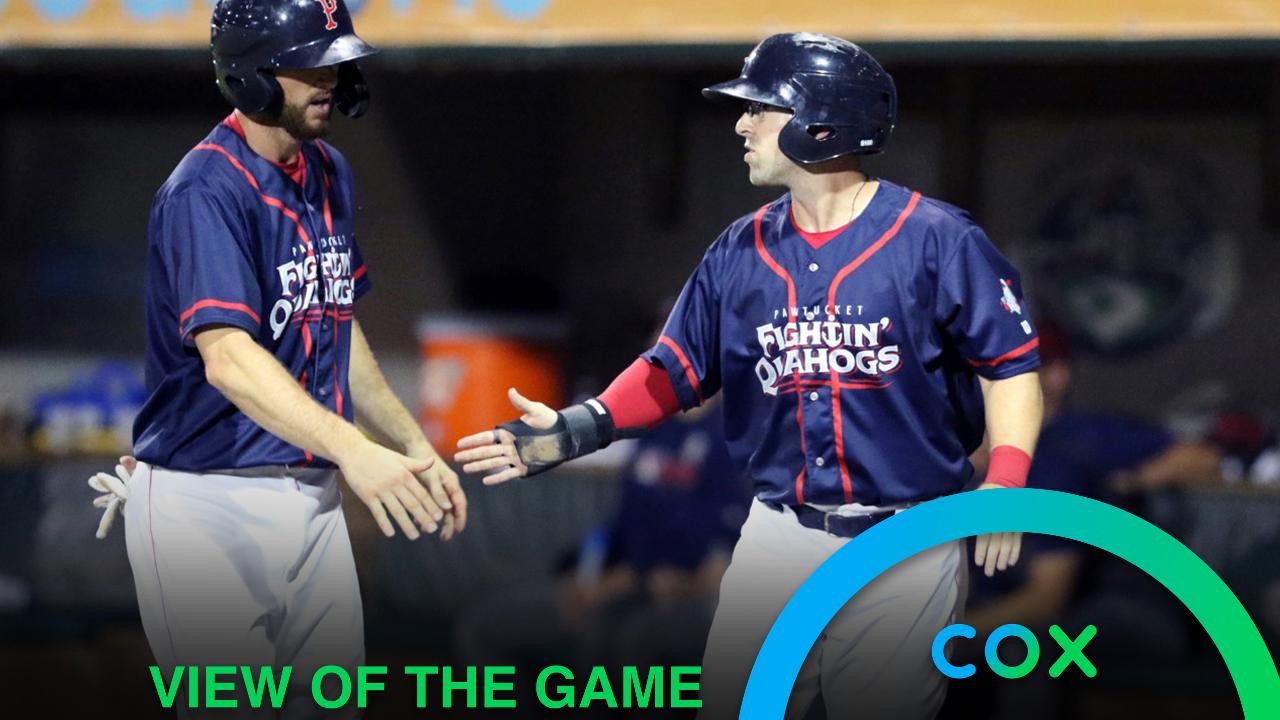 PAWTUCKET, R.I. - For a second-straight day, the Pawtucket Red Sox (58-79) split a doubleheader at McCoy Stadium, topping the Lehigh Valley Iron Pigs (64-73) in game one by a 6-4 final before the Pigs took game two by a 7-4 final.

Rob Brantly opened the scoring in game one with an RBI single to put the Iron Pigs in front 1-0 in the second inning.

In the third, Michael Chavis blasted a two-run, 412-foot homer to put Pawtucket up 2-1.

Jose Pirela tied the game at two with a solo homer in the fourth.

But Pawtucket scored four times in the bottom half of the fourth to grab the lead for good, the latter pair coming on Chavis's second two-run shot in as many plate appearances. The 24-year-old has hit seven long balls in 21 games with Pawtucket, and all of them have traveled over 400 feet.

In game two, each side swapped a pair of runs in the first inning. Maikel Franco hit a two-run home run in the top half of the frame, but Tate Matheny's first Triple-A hit scored two runs to tie the game.

Oscar Hernández ripped a two-run shot over the left-field fence to make it 4-2 Pawtucket.

But Lehigh Valley scored five unanswered runs to take the second game of the doubleheader.

The game will be televised live on myRITV and Charter TV3. Radio coverage on WHJJ (920 AM and 104.7 FM) and throughout the PawSox Radio Network begins with the pre-game show at 5:45 p.m.

Tomorrow, the PawSox will host Team Poster and Autograph Night. The first 5,000 fans entering the stadium will receive a full-color PawSox Team Poster suitable for framing. From 4-5 PM before the game, fans will also be allowed on the field for pictures and autographs with their favorite players. After the game, fans can enjoy post-game fireworks set to music from Motown. On September 1 (Sunday), fans can play catch on the field and then run the bases post-game on a Sunday FunDay. Lastly, on September 2 (Monday), the PawSox will put the bow on 2019 with their traditional Last Game Celebration.