Weber Turns in Another Solid Start 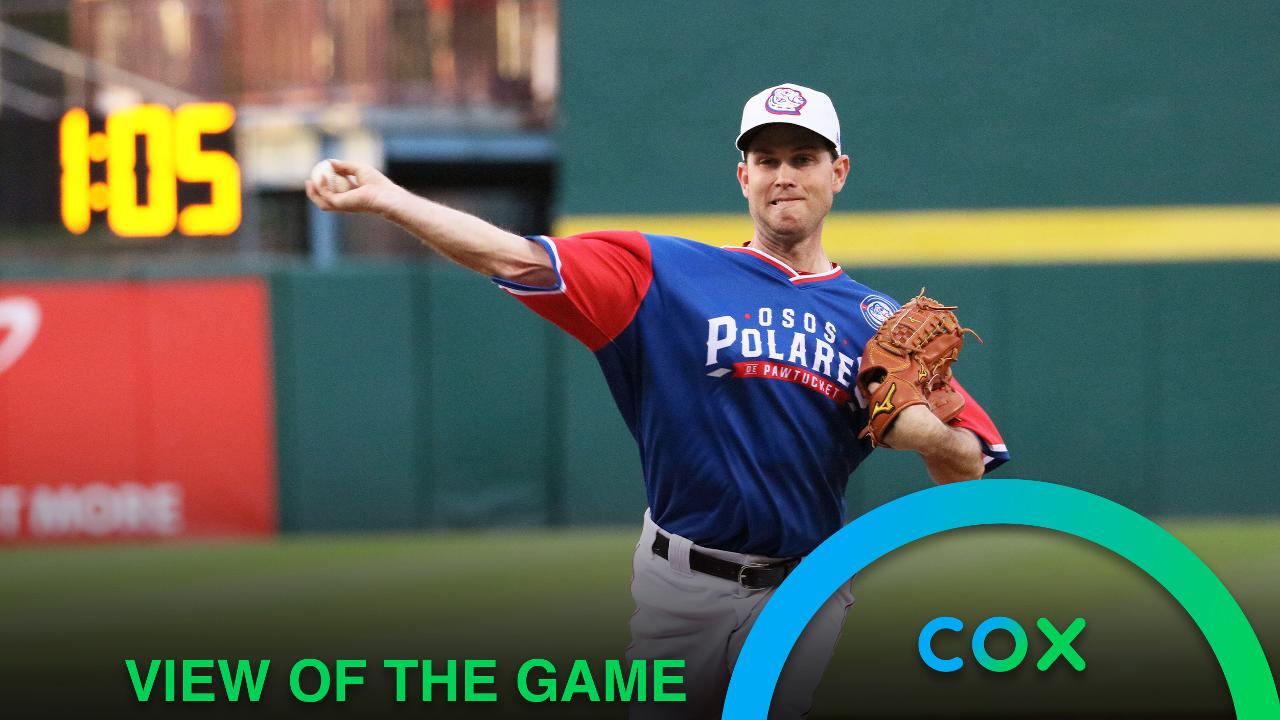 PAWTUCKET, R.I. - The Pawtucket Red Sox (56-77) were shutout for the third time this season, falling to the Scranton/Wilkes-Barre RailRiders (72-62) on Tuesday night at McCoy Stadium by a 4-0 final.

After grabbing a first inning run on two doubles last night, the RailRiders did so again tonight. Yankees first baseman Luke Voit, continuing his major-league rehab assignment, led off the game with a double. Two batters later, Breyvic Valera doubled down the left-field line to score Voit and put Scranton/Wilkes-Barre in front 1-0.

Kyle Higashioka blooped a single to right in the third inning to make it 2-0.

Playing for a fifth consecutive day on his own rehab assignment, Michael Chavis went 1-for-3 and played seven innings at second base.

Ryan Weber tossed 5.2 innings allowing just a pair of earned runs. The 29-year-old has a 2.77 ERA over his last nine starts in Pawtucket.

The PawSox and RailRiders continue this four-game series tomorrow at 7:05 p.m. Pawtucket right-hander Teddy Stankiewicz (6-7, 3.94 ERA) is scheduled to oppose RailRiders righty Adonis Rosa (6-0, 3.51 ERA). Radio coverage on WHJJ (920 AM and 104.7 FM) and throughout the PawSox Radio Network begins with the pre-game show at 6:35 p.m.

The homestand runs Monday-Monday (August 26th through September 2nd) against the Yankees' and Phillies' Triple-A affiliates.

On Thursday, August 29, the PawSox will host Team Poster and Autograph Night. The first 5,000 fans entering the stadium will receive a full-color PawSox Team Poster suitable for framing. From 5-6 PM before the game, fans will also be allowed on the field for pictures and autographs with their favorite players. On August 30 (Friday), the PawSox will take the field as the Pawtucket Fightin' Quahogs in a name change that pays homage to one of Rhode Island's most famous cuisines. The PawSox will wear caps and jerseys featuring the Fightin' Quahogs logo for the second game of that Friday doubleheader. On August 31 (Saturday), fans can enjoy post-game fireworks set to music from Motown. On September 1 (Sunday), fans can play catch on the field and then run the bases post-game on a Sunday FunDay.