Pawtucket and Scranton/WB will play a single-admission doubleheader Thursday at 4:35 pm. 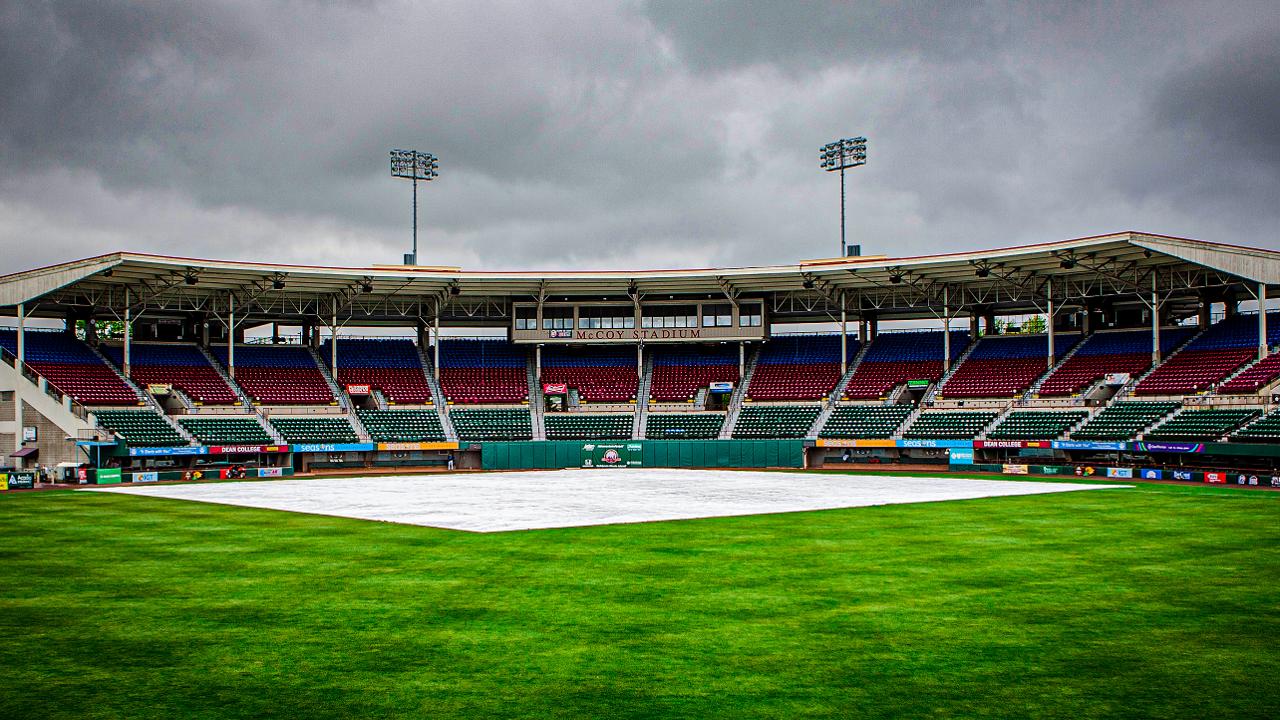 Tonight's (Wednesday's) scheduled International League game between the host Pawtucket Red Sox and the Scranton/Wilkes-Barre RailRiders (AAA-Yankees) at McCoy Stadium has been postponed due to rain, wet grounds, unplayable field conditions, and the forecast of more rain throughout the evening.

Tonight's postponed game (the 7th rainout of the season at McCoy compared to 4 all of last year) will be made-up as part of a single-admission doubleheader tomorrow (Thursday) beginning at 4:35 pm at McCoy. Both of those games will be 7-innings.

Fans holding field box seats, reserved box seat tickets or general admission tickets for Wednesday (without a specific rainout date printed on them) can trade those in for any remaining game at McCoy this season or any PawSox home game next April (excluding Opening Night) or May of 2020 - based on availability.

What's Ahead This Homestand - Besides youngsters being admitted for free and "Kids Running the Show" at McCoy this week and weekend as part of the PawSox "End of Summer Family Bargain" initiative, there are several other special events to highlight the remainder of this homestand. Tomorrow (Thursday) was to be the annual Team Poster & Autograph Night but that will now move to Saturday. So on Saturday, fans will receive a full color team poster and PawSox players and coaches will be on the field at McCoy from 4:00 - 5:00 pm for photos and autographs. Game time on Saturday is 6:15 pm and will also feature the final post-game fireworks show of the season (set to Motown Music). In Game 2 of Friday's doubleheader vs. Lehigh Valley (which starts at 5:05 pm) the PawSox will play as the Pawtucket Fightin' Quahogs wearing special uniforms and caps to celebrate one of Rhode Island's favorite cuisines (the quahog or "stuffie"). And also on Friday, former Boston Red Sox closer Keith Foulke will be the featured Red Sox legend and take part in the COX Legendary Friday Night program at McCoy. Foulke will be available for autographs at some point during the doubleheader. Sunday afternoon (at 1:05 pm) will be another popular FunDay at McCoy with a pre-game catch on the field and run the bases after the game. And the PawSox will then put a bow on 2019 on Labor Day Monday afternoon (at 1:05 pm) with their traditional Last Game Celebration.