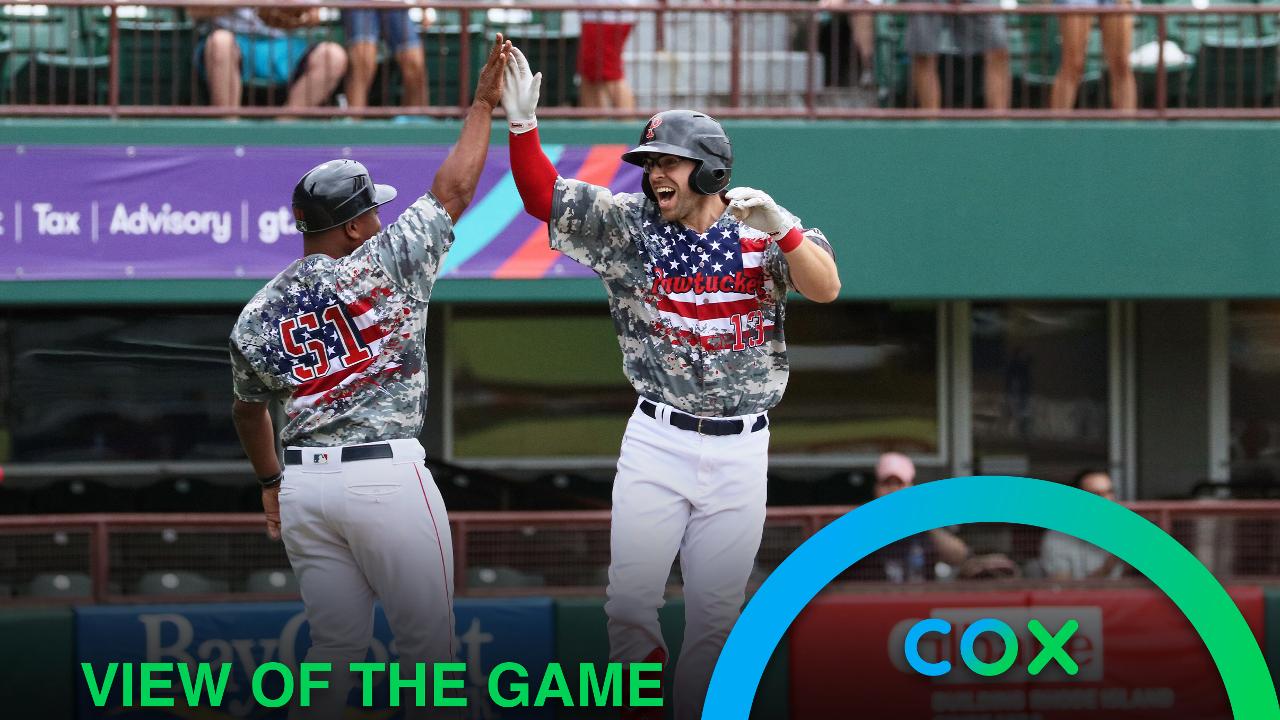 On a 2-2 pitch with two outs in the 10th, Sturgeon belted his third homer of the game to lead Pawtucket to a victory in the final game of the season.

Sturgeon went 4-for-5 on the day with three home runs, including the game-tying blast in the eighth inning.

The last PawSox batter to hit three home runs in a game was Mike Lowell, who accomplished the feat back in 2010.

Oscar Hernández opened the scoring in the fourth inning on a ground-rule double that hopped over the left-field wall and brought Bobby Dalbec home.

Sturgeon's first long ball of the game came in the fifth inning, and it put Pawtucket up 2-0.

Maikel Franco drew a bases-loaded walk in the seventh inning to make it 2-1.

In the eighth, Rob Brantly lifted a two-run homer over the right-field fence to put Lehigh Valley in front 3-2.

Then in the bottom of the frame, Sturgeon hit his second homer to tie the game at three.

The PawSox went to extra innings for the fourth time on this nine-game homestand.

In the tenth, Raul Rivas blooped a single to right field that scored Brantly and put the Iron Pigs up 4-3.

Pitching on three-days rest for the first time in his career, right-hander Teddy Stankiewicz fired four shutout innings. The 25-year-old finishes his first season at the Triple-A level with a 3.85 ERA, which ranks third among International League qualifiers.

The PawSox are tentatively scheduled to open the 2020 season on April 9 at home against the Syracuse Mets.