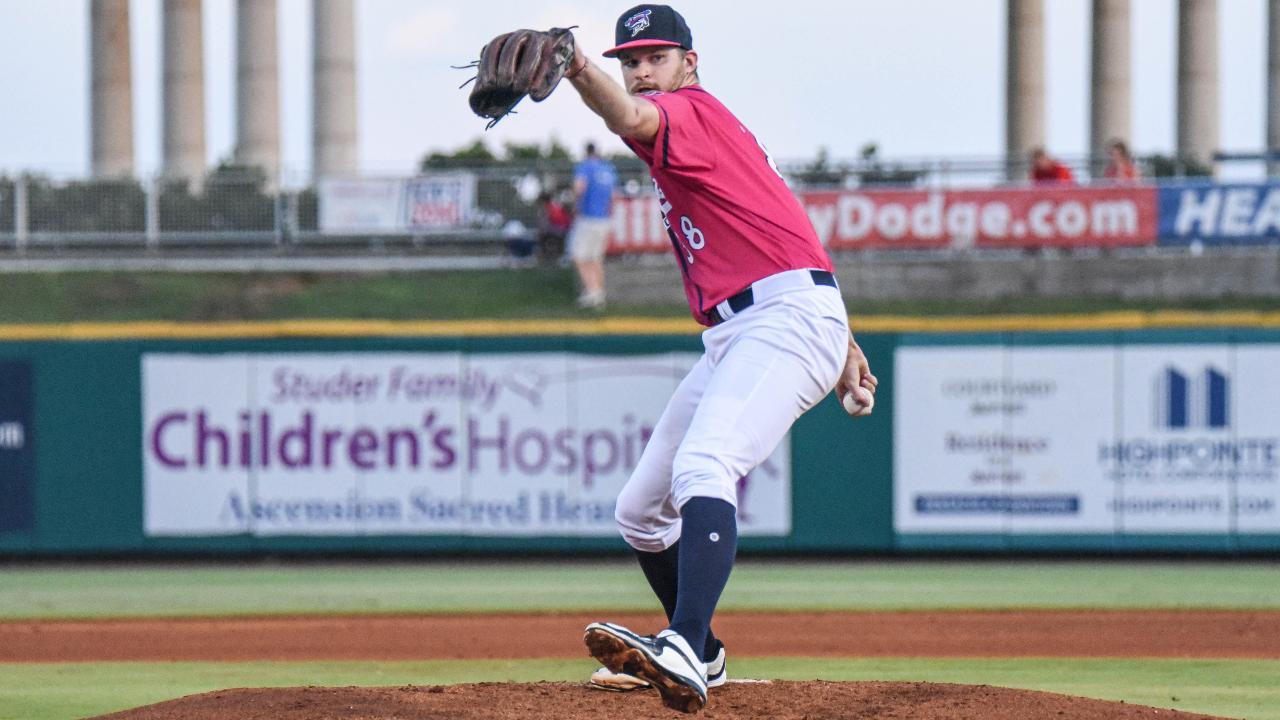 Bailey Ober, who has produced a standout season at three levels, was named the Southern League pitcher of the week after his recent success as Blue Wahoos starter. (Bill Vilona)

In the three weeks since joining the Blue Wahoos starting rotation, Bailey Ober has become the team's hottest pitcher.

The Southern League saluted his most recent performances Tuesday, naming as the league's pitcher of the week for games Aug. 26 through Monday.

After working seven innings in each of his first three starts, all wins, the 6-foot-9 Ober (3-0) started Monday's regular season, finale against the Montgomery Biscuits. He worked the first three innings without allowing a run, lowering his earned run average to 0.38, as the Blue Wahoos beat the Biscuits 8-0 to gain some post-season momentum.

The Blue Wahoos travel Wednesday to Biloxi to begin the Southern League South Division playoffs against the Biloxi Shuckers at MGM Park. Jhoan Duran is scheduled to be the starter in Game 1 of the best of five series.

The Blue Wahoos will host Friday's Game 3, which include a post-game fireworks show and an all-you-can-eat ticket option on the right field party deck area.

Ober, 24, a Huntersville, N.C. native, had a pair of strong starts, not allowing a run in each game. He had 14 strikeouts in 10 total innings pitched with only six batters reaching base. He held opponents to a combined .143 batting average, the lowest of any pitcher with more than four innings of work.

Ober missed part of the season in Fort Myers with a right ulnar injury. His season totals are 8-0 record with six earned runs in 14 games. He pitched at three different levels this season. The Minnesota Twins chose him in the 12th round of the 2017 draft out of the College of Charleston.