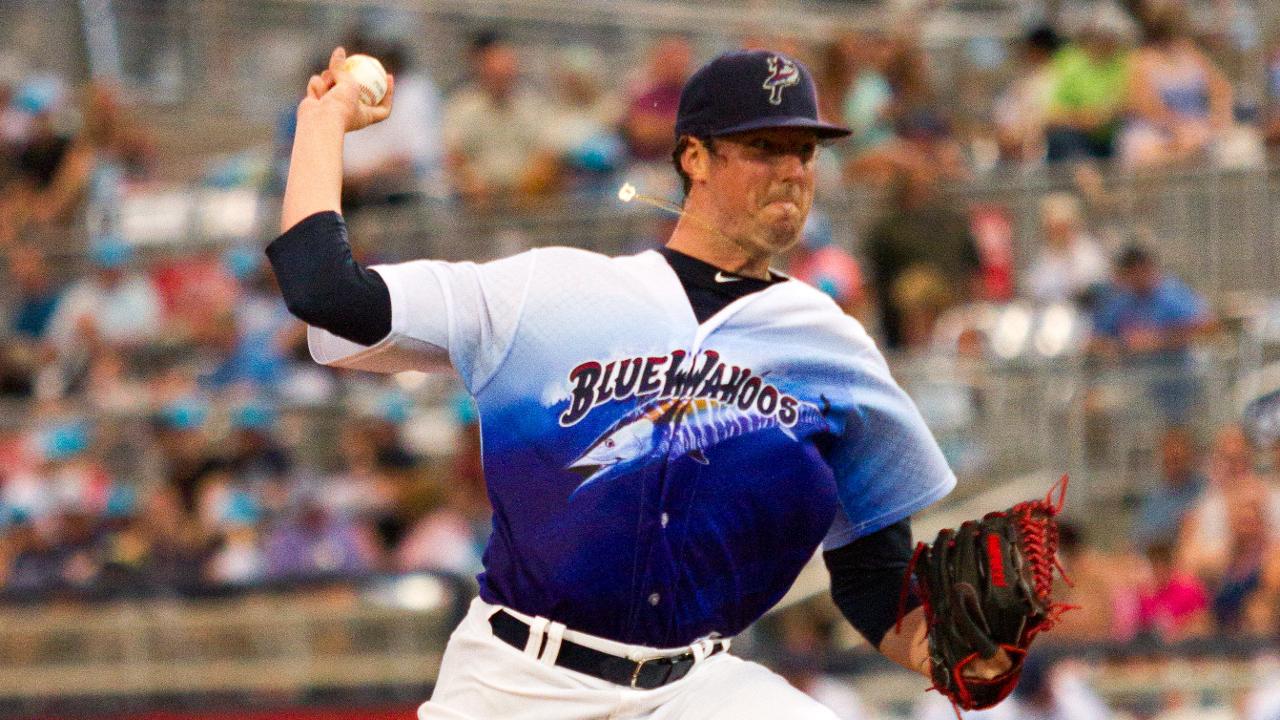 PENSACOLA, Fla., - Game one of the South Division Series featured two of the best pitchers in the Southern League and they did not disappoint. The Pensacola Blue Wahoos took a 1-0 lead in the final series of the season with 2-0 win over the Jacksonville Jumbo Shrimp.

Before the game, the Southern League announced that BC Powder Southern League Championship Series had been canceled due to Hurricane Irma. Each of the winners of the best-of-five North and South Division Series will be declared Co-Champions for the 2017 Southern League season.

Pensacola RHP Deck McGuire pitched eight shutout innings with a career-high 13 strikeouts while closer Zack Weiss pitched himself out of a jam after coming into the ninth inning with the bases loaded.

Jacksonville's Chris Mazza joined the pitcher's duel as the Blue Wahoos were scoreless until the bottom of the sixth inning.

The Blue Wahoos struck in the bottom of the sixth inning to take a 1-0 lead. Left fielder Josh VanMeter knocked a single to left field for Shed Long to score from second. Long reached base with a single and moved to second on Gabriel Guerrero's groundout to third.

VanMeter, who finished the night 4-for-4, drove home the second and final run of the game with a single right up the middle to allow Guerrero to score from second. Guerrero reached base on a walk and moved to second on a balk from Mazza.

McGuire, who came into the game with the third best ERA in the league, finished the game with 8 innings pitched, four hits, no walks and 13 strikeouts.

The Jumbo Shrimp threated in the ninth inning by loading the bases with no outs before Weiss was brought in to relieve RHP Tanner Rainey. Weiss struck out the first two batters in two former Wahoos Cam Maron and David Vidal before getting a force out from K.C. Serna to finish the game.