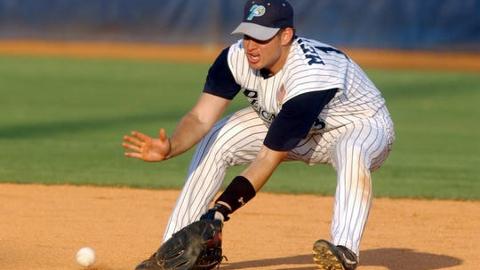 The former Pensacola Pelicans infielder, who played three seasons for the Independent League team during its nine season history in Pensacola, was named last month as the New York Yankees bench coach.

Mendoza, a Venezuela native, played 13 seasons in the minor leagues, including 2004-06 for the Pelicans, before retiring to become a coach in 2009 in the Yankees' organization with the Staten Island (NY) Yankees. He later became manager of the Gulf Coast Yankees and Charleston (S.C.) RiverDogs.

The past two seasons, Mendoza was the New York Yankees' quality control and infield coach. He will now have a greater role in the dugout as assistant to manager Aaron Boone.

During his time in Pensacola, Mendoza and fellow Pelicans infielder Joe Espada stayed with Wanda Lewis and her husband as host family.

Espada, 44, is the Houston Astros' bench coach, who recently became a finalist for two managerial openings, the Chicago Cubs and San Francisco Giants. He had multiple interviews with both teams.

Though he wasn't hired with either team, Espada impressed during his multiple interviews and is considered a strong future candidate to become an MLB manager.

Lewis, owner of Wanda Lewis Reality, visited with both men during a business trip this year in Houston.

"They always tease that they were my favorite sons," Lewis said. "I'm so proud of both of them."

During their stint with the Pelicans, Mendoza and Espada were part of the return of a professional baseball in the Pensacola community, which helped set the path for the Blue Wahoos as member of the Southern League.

"They were both such professionals in every way, both such gentleman," said Blue Wahoos owner Quint Studer, who took over ownership of the Pelicans during the time both players were in Pensacola. "When they played here, neither one of them were like, 'Hey, we're in the Independent League… isn't this bad?' They weren't like that. They were great with fans, great with teammates."