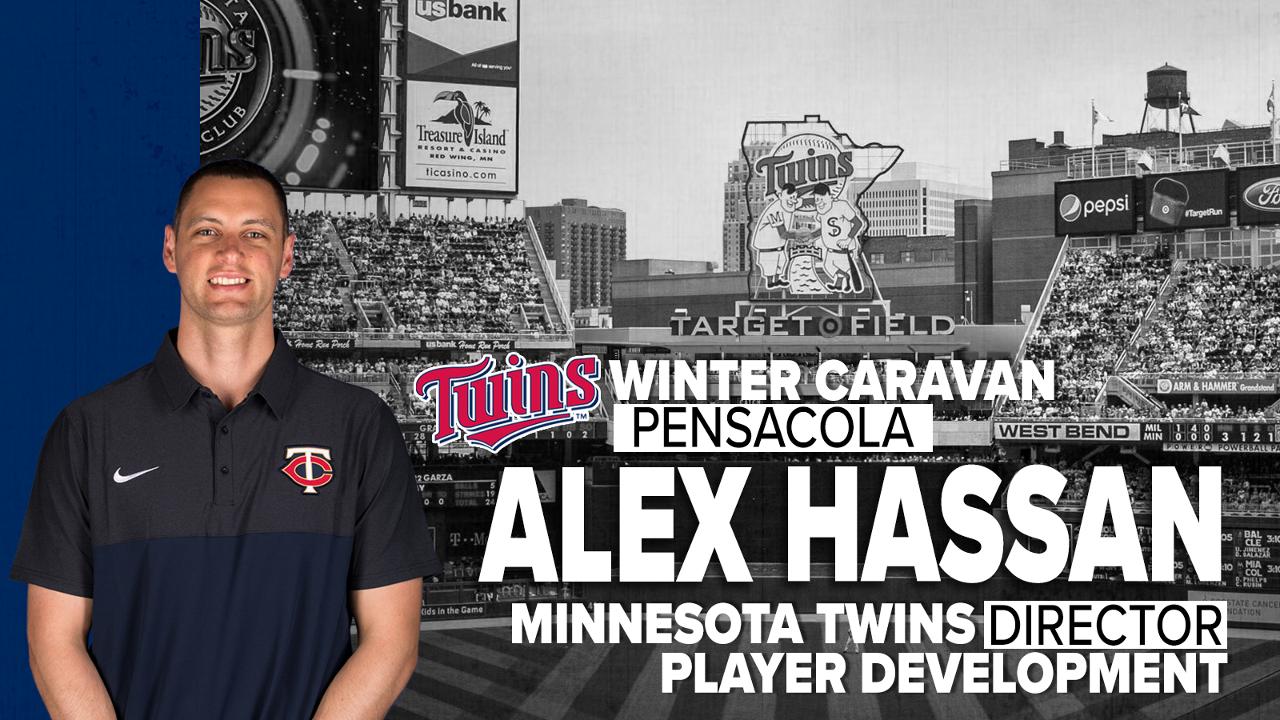 Minnesota Twins Director of Player Development Alex Hassan will attend the Twins Winter Caravan Pensacola at Blue Wahoos Stadium on January 16th. A former Major League outfielder with the Boston Red Sox, Hassan has quickly moved up the ranks in the Minnesota Twins front office since his 2016 retirement as a player, taking over the Twins Player Development department leading into the 2020 season after serving as assistant director in 2018 and 2019.

Originally drafted by the Boston Red Sox in 2009 out of Duke University, Hassan played professionally for eight seasons as an outfielder with the Red Sox, Athletics, Blue Jays, and Dodgers organizations. He reached the Major Leagues in 2014 with the Red Sox.

After retiring, Hassan joined the Los Angeles Dodgers player development staff in 2017 before moving to the Twins organization in 2018. He spent two seasons as the Assistant Director of Player Development before being promoted to head the department this off-season.

The Minnesota Twins Winter Caravans is one of the longest running and most extensive team caravans in professional sports, bringing Twins players and personalities to numerous stops in over 40 communities throughout Twins Territory during the month of January. At the Pensacola Caravan stop, fans will have the opportunity to meet and get autographs from Twins prospects, attend question and answer sessions with Hassan and players, shop for exclusive ballpark souvenirs and giveaway items at the team's first yard sale, get a behind-the-scenes look at Blue Wahoos Stadium, be the first to view the team's 2020 Promotional Schedule, pick out their seats for season and mini plan memberships, and have exclusive access to purchase 2020 Single Game Tickets in person at the event before they go on-sale to the general public on March 1.