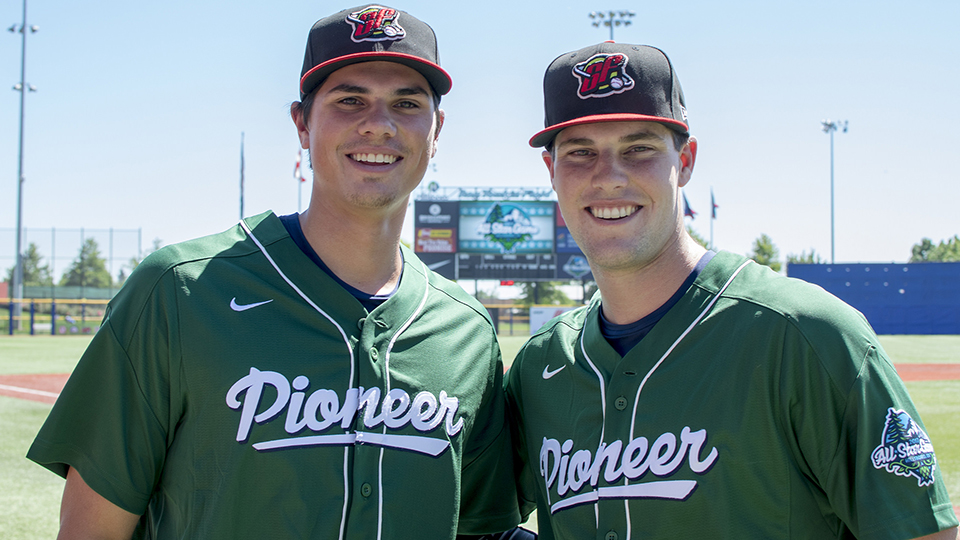 The Great Falls Voyagers are closing in on a second-half division title and on Tuesday, infielder Anthony Villa -- who leads the circuit in homers -- was named to the Pioneer League end-of-season All-Star team.

Orem Owlz right-hander Elvin Rodriguez -- the Angels' No. 24 prospect -- leads the league with a 2.50 ERA, more than a run higher than the second-ranked pitcher, fellow All-Star Kyle Von Ruden of Great Falls, and almost two runs better than the third-ranked hurler on the list, Billings' Tyler Mondile. Rodriguez also leads the way with a 1.04 WHIP.

Dodgers prospect Luis Paz, who leads the Pioneer League with 55 RBIs, is one of two catchers on the team, along with former teammate Hendrik Clementina of Billings, who was dealt to the Reds at the Trade Deadline.

Grand Junction's Shael Mendoza, who is tied for the top spot with 23 stolen bases and ranks second with a .371 batting average, was named All-Star second baseman. Idaho Falls' Darrell Miller, who was over .400 as recently as Aug. 24 and leads the league with a .393 average, was honored as a designated hitter along with Villa.

The full roster is below: