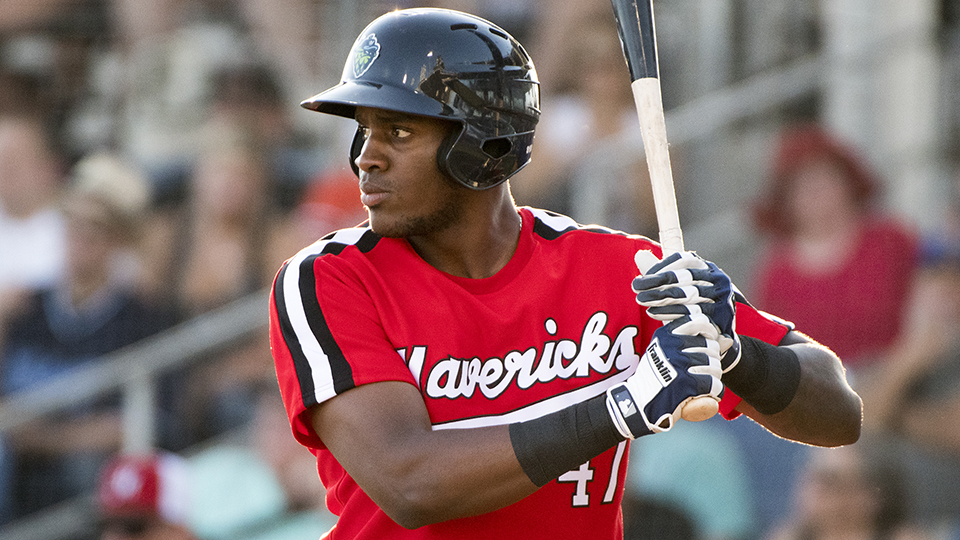 The Arizona first-base prospect went 5-for-5 with a pair of homers and a career-high five RBIs before Rookie Advanced Missoula dropped an 8-7 decision to Idaho Falls at Melaleuca Field. He fell a triple shy of the cycle in the first five-hit game of his six-year Minor League career.

Serving as the Osprey's designated hitter, Martinez's first knock of the game put Missoula on top early. With two on and nobody out in the second inning, he pounced on the second pitch he saw from Nathan Webb and lofted an RBI double to left field to make it 1-0.

In the fourth inning, the 21-year-old made Webb pay for issuing a leadoff walk to Tristen Carranza. The right-hander fell behind, 2-0, against Martinez, who connected on his first big fly of the season, a two-run blast to left that put the Osprey back on top, 3-2.

Martinez led off the sixth with a shot to right on the first pitch from right-hander Bryar Johnson, completing his second career two-homer game and first since Aug. 1, 2014 in the Rookie-level Dominican Summer League. An inning later, Martinez singled to right against southpaw Derrick Adams, scoring Liover Peguero to extend the Osprey's lead to 7-5.

In his final at-bat in the ninth, the 6-foot-4, 250-pound Dominican Republic native grounded a two-out single to right off Adams, eclipsing his previous best of four hits on July 9, 2014.

Through the first five games of the Pioneer League season, Martinez is batting .474/.545/1.000 with five extra-base hits, eight RBIs and four runs scored.

What's led to this early success? For Martinez, who signed with Arizona in July 2013 at age 16, it stems from self-realization."Honestly, I've just been focused more on seeing the ball and hitting the ball," he said. "I'm not putting much on my mind. I know I have power."

Martinez, the biggest player on the Missoula roster, set a career high for home runs in his first season with the organization with a league-leading nine in 64 games. However, when he made the jump from the Dominican Republic to the United States, he struggled to maintain that pace.

"In my first year in the Dominican Republic, I hit nine home runs," he said. "The next couple years, I had a little bit of trouble with it being my first time in the United States. I was trying to figure out how to get the same results here."

Now it's coming back to him. Last summer, Martinez put up a .222/.275/.387 slash line, parking eight jacks and tallying 33 RBIs in 66 games with Class A Short Season Hillsboro. Less than a week into the summer, he's a quarter of the way to both those stats.

Wednesday's contest featured seven lead changes between Missoula and Idoha Falls, but down two heading into the bottom of the ninth, the Chukars figured out a way to remain unbeaten in Pioneer League play.

Facing offf against Missoula righty Mailon Arroyo, Clay Dungan was hit by a pitch and Jose Marquez walked to put two runners on the basepaths with nobody out. Arroyo battled back, striking out the next two hitters. He then fanned Isaiah Smith to seemingly strike out the side and secure the save. But strike three got past catcher Axel Andueza for a passed ball that allowed Dungan to score. That set the table for Isaiah Henry, who promptly laced a walk-off two-run single for the Chukars.