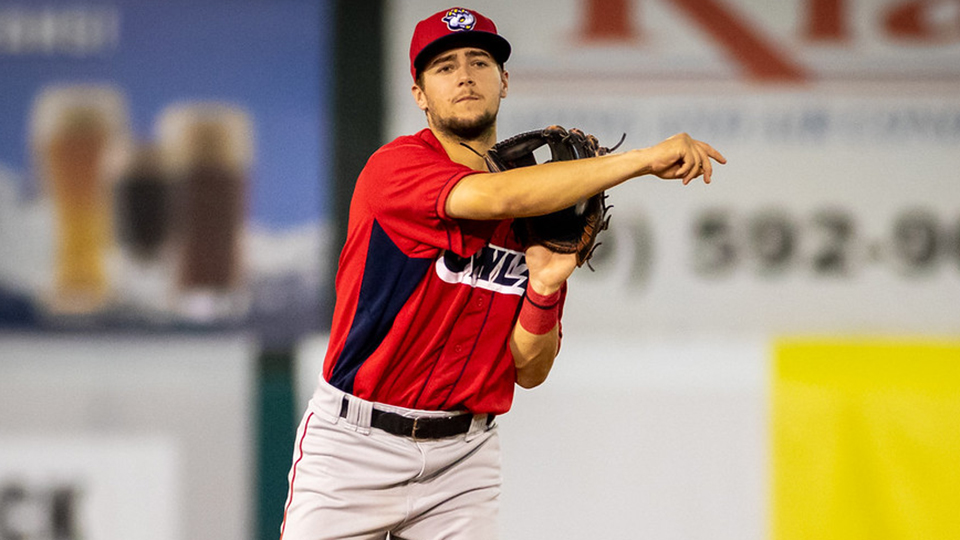 Will Wilson played 46 games for Rookie Advanced Orem after going in the first round of the 2019 Draft. (Bobby Stevens/MiLB.com)

SAN DIEGO -- The Angels cleared some payroll Tuesday in potential anticipation for big-money free-agent signings, and it cost them a notable prospect to do it.

Los Angeles traded 2019 first-rounder Will Wilson along with Major League infielder Zack Cozart to the Giants for a player to be named later or cash considerations, the clubs announced at the Winter Meetings. On Thursday, San Francisco sent its former No. 29 prospect, Garrett Williams, the other way.

The North Carolina native doesn't have a plus tool on his scouting report, but is considered to be average across the board. His power stood out during his time in college, especially for a shortstop, as he combined to belt 31 homers in his final two seasons. Defensively, he has the reactions and arm to stick at shortstop long-term, and that would add to his value. That said, his below-average speed could move him away from the premium spot down the line. He made 13 starts at second base during his time in the Pioneer League.

Wilson joins a San Francisco system that already boasts Marco Luciano (No. 61 overall) as its top shortstop prospect. However, the former Wolf Pack star is seen as more advanced right now than his 18-year-old counterpart.

The Angels were willing to part with Wilson because of the Giants' agreement to take on all of the $12.67 million owed to Cozart in 2020 before he hits free agency. The 34-year-old infielder was limited by a left-shoulder injury and subsequent surgery and played only 38 games for Los Angeles in 2019, hitting only .124 with a .322 OPS in that span. He was a potential third-base option for the Angels going into 2020, but that won't be the case in San Francisco, where Evan Longoria mans the hot corner.

By getting Cozart's contract off their books, the Angels could use that money toward free-agent targets. The organization is rumored to be circling right-hander Gerrit Cole and third baseman Anthony Rendon.