Head of the Class: Rookie Advanced

Angels' Jackson, Braves' Stallings set the pace in second half 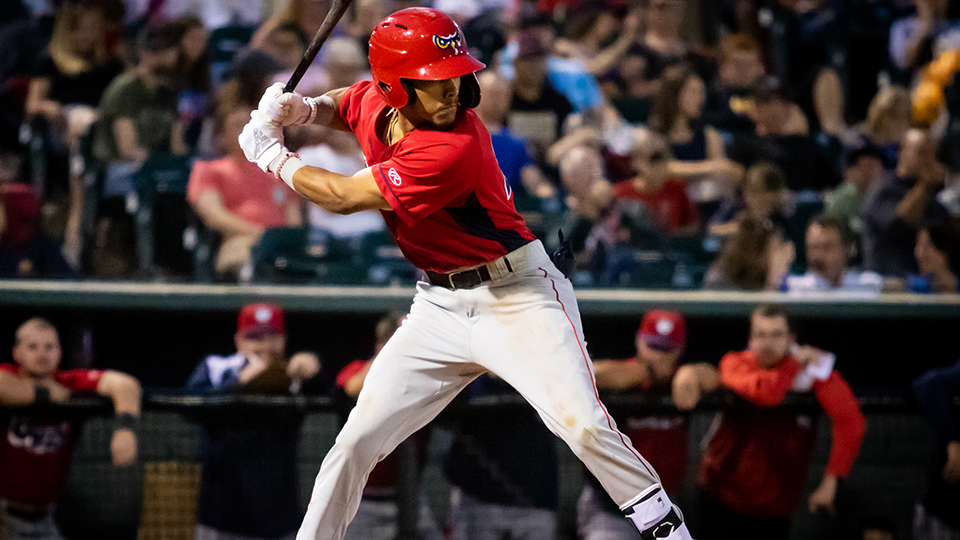 Jeremiah Jackson whacked 19 homers during a 46-game span in July and August this year. (Bobby Stevens/MiLB.com)

With another Minor League season in the books, members of the MiLB.com staff are looking back at some of the most notable performers from the 2019 campaign for each level. We looked at Triple-A, Double-A, Class A Advanced, Class A and Class A Short Season. Here, we turn our attention to players in the Rookie Advanced Appalachian and Pioneer leagues.

Angels SS Jeremiah Jackson, Orem: Jackson didn't display a ton of power in his cup of coffee with the Owlz in 2018, but he really flipped the switch this season. In his second professional season, the fifth-ranked Angels prospect blossomed in the power department, tying a Pioneer League record with 23 homers and leading the circuit with 60 RBIs. It should come as no surprise with the number of long balls that Jackson also finished fourth on the circuit with a .605 slugging percentage. What's even more impressive is the fact that, even with just 65 games this season, the 2018 second-rounder still produced six multi-homer efforts, including one of the three-dinger variety on Aug. 15. With the numbers to back it up, Jackson was both a midseason and a postseason All-Star.

Braves LHP Mitch Stallings, Danville: A 30th-round pick out of Duke last year, Stallings started off in Rookie Advanced and flourished on the hill in the Appalachian League. The southpaw topped the circuit's leaderboard with a 2.25 ERA, 69 strikeouts and a 1.14 WHIP. He tossed four scoreless outings and never allowed more than three runs in any appearance for Danville. Stallings twice whiffed 11 in a start and logged nine starts with at least five punchouts. The Atlanta native was dominant enough to earn the Appy League Pitcher of the Year and also garner a mid-August promotion to Class A Rome.

Ogden Raptors: They fell just shy of a title, yes, but that didn't make the Raptors any less of an exciting team in 2019. For one, they tied the Pioneer League record with 54 victories, losing just 22 times. Keeping that in mind, it's not the least bit shocking that the club led the circuit in just about every offensive category, including homers (86), average (.294) and OPS (.876). Andy Pages fell short of Jackson in the home run race, but he went deep 19 times and finished fourth with a 1.049 OPS. Zac Ching was fourth on the circuit with a .316 average, even after recording just five hits in his first 27 at-bats. The pitching backed up the offense with the second-best ERA at 3.92, thanks in part to Jeronimo Castro's 3.62 mark and a 3.65 ERA from Alfredo Tavarez.

Mets 3B Brett Baty, Kingsport: After five games in the Rookie-level Gulf Coast League, Baty was elevated to the Appy League and flashed his power and ability to get on base in a 42-game stint with Kingsport. No, his .222 average may not wow anyone, but the first-round pick in June's Draft overcame a slow start and started to get things going in August with a .261/.369/.500 line, three homers and 13 total extra-base hits in 22 contests. In his final 10 games with the K-Mets, the Mets' No. 2 prospect got especially hot with a .357 average and a 1.092 OPS. Baty was summoned to Class A Short Season Brooklyn at the end of the year and helped the Cyclones win their first outright title in the New York-Penn League.

Royals CF Burle Dixon's cycle, Burlington: You could argue for a couple of games here, including Jackson's three-homer effort, but Dixon hit for the only cycle at the Rookie Advanced level and gets the nod in this spot. Dixon was playing in his 39th professional game and had gone hitless the previous three games heading into the Aug. 15 matchup with Johnson City before coming up with his biggest performance with Burlington. He finished the night 4-for-5 with two RBIs, ending his bit of history with a triple in the eighth inning. It marked the first cycle for a Royals affiliate since Nicky Lopez delivered one on June 21, 2018 with Double-A Northwest Arkansas.