Sea Dogs celebrate the 50th anniversary of the Moon Landing 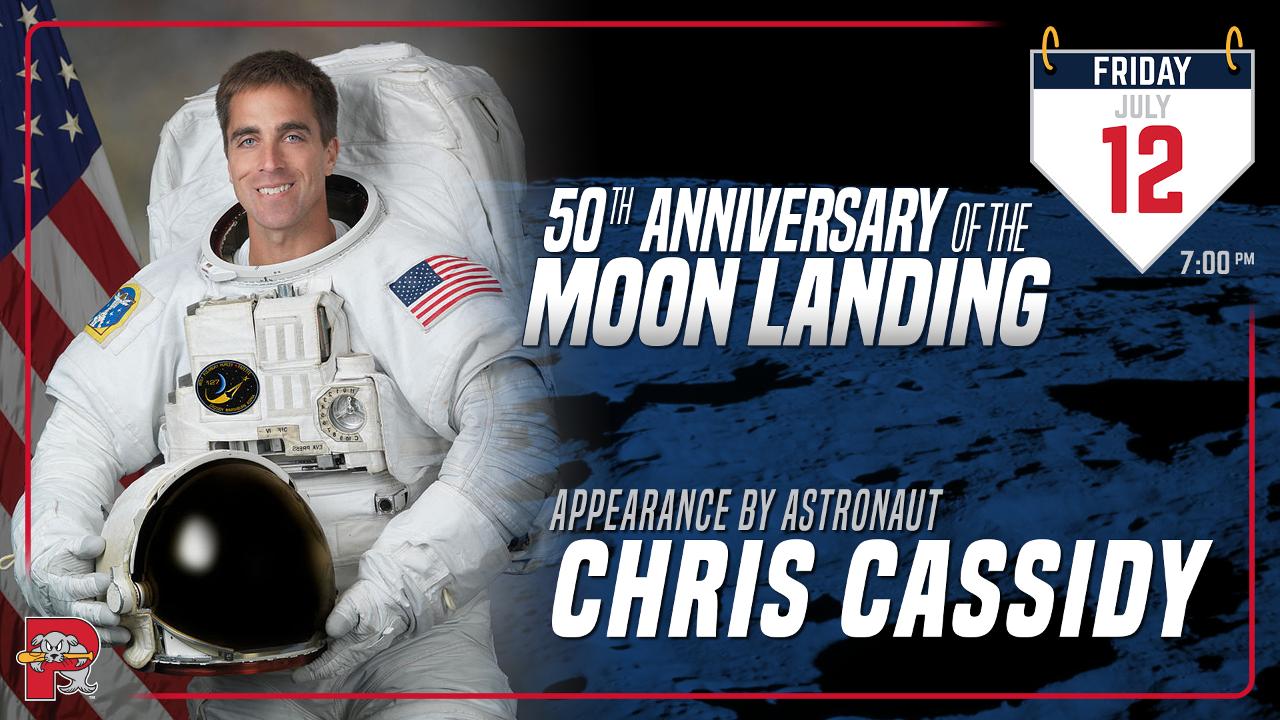 Portland, Maine- In honor of the 50th anniversary of the Moon Landing (July 20, 1969), Astronaut and Maine native Chris Cassidy will be making an appearance at Hadlock Field on Friday, July 12th when the Sea Dogs host the Binghamton Rumble Ponies at 7:00 PM.

Cassidy will throw out the first pitch and will be available for autographs from 7:00-8:00 PM.

After the game, fans are invited to join Cassidy and Maine Public News' Morning Edition Producer/Host Irwin Gratz for a discussion and analysis of selected clips from the documentary Chasing the Moon. This postgame event will last 30 minutes and will take place immediately after the conclusion of the game.

Cassidy was selected as an astronaut by NASA in 2004 and is a veteran of two space flights, STS‐127 and Expedition 35. During STS‐127, Cassidy served as a Mission Specialist and was the 500th person in history to fly into space. This mission delivered the Japanese Experiment Module Exposed Facility (JEM‐EF) and the Experiment Logistics Module Exposed Section (ELM‐ES) to the station. For Expedition 35, Cassidy and the European Space Agency (ESA) astronaut Luca Parmitano had their unplanned spacewalk to replace a pump controller box cut short when Parmitano had cooling water leak into his helmet. Overall, Cassidy has accumulated 31 hours, 14 minutes of spacewalk time and 182 days in space.

Cassidy, a U.S. Navy SEAL, has been deployed twice to the Mediterranean and twice to Afghanistan. He has been the recipient of Bronze Star with combat 'V' and Presidential Unit Citation for leading a nine‐day operation at the Zharwar Kili Cave on the Afghanistan/Pakistan border.

Cassidy, a 1988 graduate of York High School completed his BS in Mathematics at the US Naval Academy in 1993, his MS in Ocean Engineering from MIT in 2000 and received an honorary PhD from Husson University in 2015.

Tickets for this game and all Portland Sea Dogs home games are available online at seadogs.com and by calling the Sea Dogs ticket office at 207-879-9500.