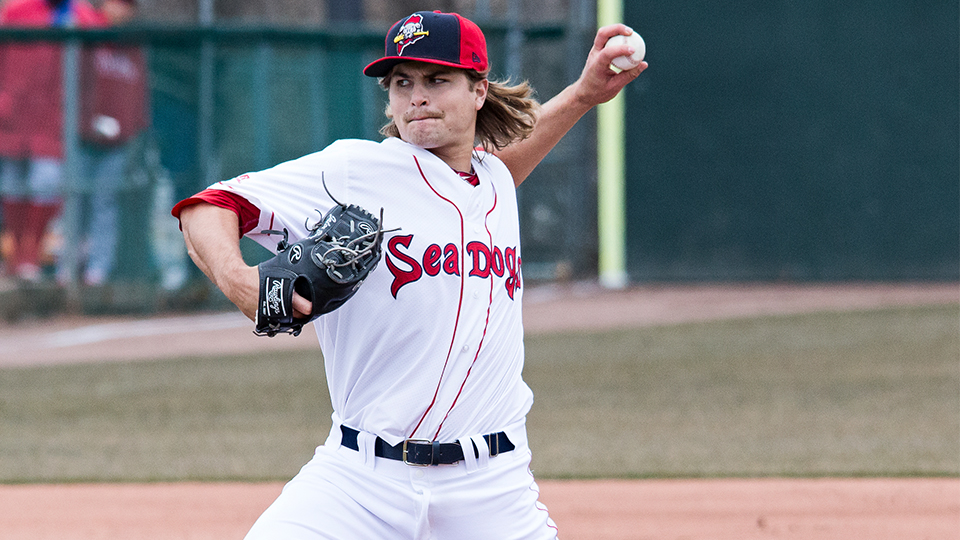 Reading, PA - Jalen Beeks extended his scoreless streak to 24 consecutive innings and Nick Longhi went 3-for-5, 3 RBI, leading the Portland Sea Dogs (17-12) to a 5-0 win over the Reading Fightin Phils (17-13) on Friday night at FirstEnergy Stadium. The win for Portland was their fifth straight on the road.

The 24 consecutive scoreless innings is tied for the second best mark in franchise history. Kris Johnson had 24 scoreless back in 2008. Henry Owens owns the best mark with 27.1 scoreless frames in 2014.

Mike Olt put the Sea Dogs on the board in the fourth inning, leading off the frame with a solo-homer off losing pitcher Shane Watson (2-2). Portland scored twice in the fifth on a run-scoring groundout by Longhi and an RBI single by Cole Sturgeon. Watson took his second straight loss to the Sea Dogs, giving up 10 hits and 3 runs over 6 IP.

Longhi extend Portland's lead to 5-0 with a two-run single off lefty Mario Hollands in the seventh. The first-year Sea Dog is 9 for his last 13 and a season-high five-game hitting streak.

Portland's bullpen was outstanding in the series opener. Josh Smith worked 1.2 innings on two hits. Ty Buttrey fanned all four batters faced over 1.1 IP and Austin Maddox closed out the game with a scoreless ninth.

Listen live on the U.S. Cellular Sea Dogs Radio Network beginning at 6:50 PM and watch on MiLB.TV starting at 7:00 PM.