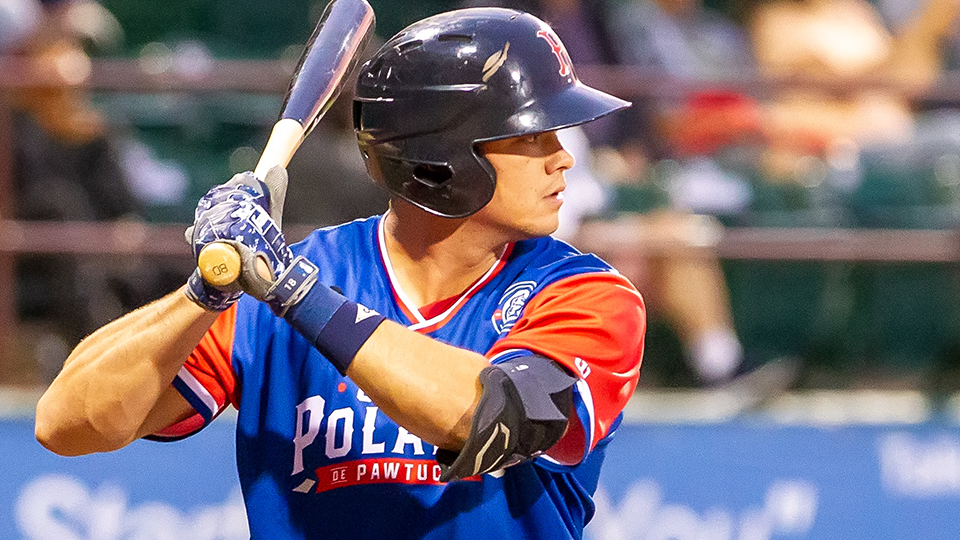 The second-ranked Red Sox prospect belted a grand slam in the fifth inning to put the game out of reach as the Americans used four home runs to crush the Netherlands, 9-0, at Estadio de Béisbol Charros de Jalisco in Guadalajara, Mexico.

The fireworks began early as Braves No. 2 prospect Drew Waters deposited the first pitch he saw from right-hander Rob Cordemans in the bottom of the first inning over the fence in right field. In the next frame, A's outfielder Mark Payton lofted a sacrifice fly into foul territory that scored Rays No. 17 prospect Jake Cronenworth to make it 2-0.

One inning later, top Angels prospect Jo Adell crushed a solo shot off Cordemans. Team Netherlands held Team USA in the fourth, but the Americans got back on the board in the fifth. Veteran Yankees catcher Erik Kratz began the inning with a single out of the eight-hole and No. 9 Red Sox prospect C.J. Chatham did the same.

After a wild pitch moved both runners into scoring position, Adell and Waters struck out. D-backs No. 5 prospect Daulton Varsho was intentionally walked, bringing up Dalbec with the bases loaded.

The Netherlands intentionally walked @DaultonVarsho25 to bring up @BobbyDalbec with the bases loaded and two outs. Bobby had something to say about that 😤 #ForGlory🇺 #Premier12 @WBSC pic.twitter.com/EjX432cSPn

The University of Arizona product turned on a pitch from right-hander Lars Huijer, rocketing it over the fence in left to open a 7-0 lead. Dalbec, who totaled 27 homers across two levels to earn Organization All-Star honors, also singled.

Twins No. 8 prospect Brent Rooker tacked on a two-run shot in the eighth, plating Padres No. 5 prospect Xavier Edwards and capping the scoring.

Rooker also doubled, going 2-for-2 off the bench. Pirates right-hander Cody Ponce earned the win after allowing two hits and walk while striking out five over five innings.

The win moved Team USA one game closer to qualifying for a spot in the 2020 Olympics. If the U.S. finishes the tournament as the highest ranking Americas region club, it will earn a spot in next summer's Tokyo Games. If Team USA finishes lower than first, it will have to wait for the Americas Qualifier in March in Arizona or in the final intercontinental qualifying opportunity in Taiwan soon after.