Curletta and Wilson each homer 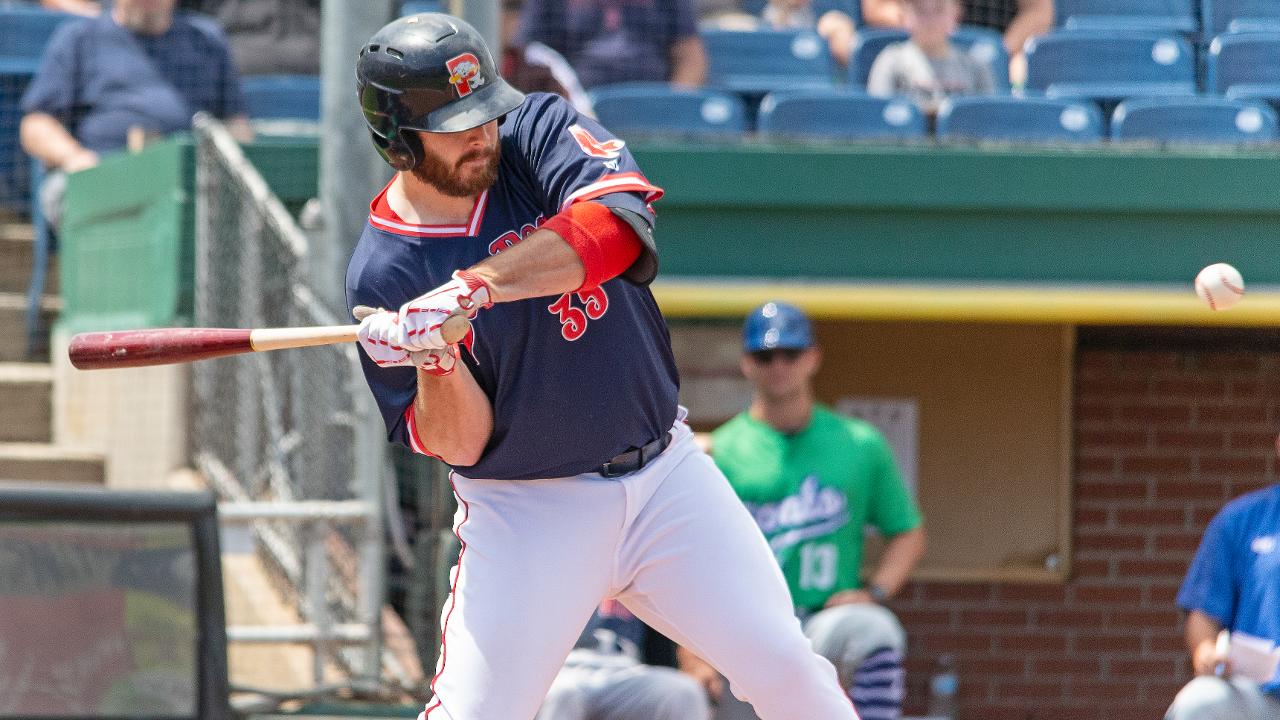 Portland, Maine - Josh Stephen hit an RBI single off of Jordan Weems in the top of the 10th and the Reading Fightin Phils (34-25) held on for an 8-7 win over the Sea Dogs (28-30) in the series opener on Monday night at Hadlock Field.

The Sea Dogs were able to load the bases against Jakob Hernandez (S, 4) in the bottom of the 10th with one out. Jeremy Rivera was called out on strikes on a borderline pitch for the second out - Rivera and Sea Dogs manager Joe Oliver were subsequently ejected from the ballgame. Then Hernandez induced an infield pop-out from Charlie Madden to end the game.

Trailing 7-4 in the eighth, Portland rallied against Jonathan Hennigan. Joey Curletta hit a two-run homer to cut the deficit to 7-6. After the Sea Dogs loaded the bases, Russ entered the game and got Rivera to ground into a fielder's choice out at home and then fanned Madden to end the rally.

Marcus Wilson hit a solo homer off of Russ in the bottom of the ninth to tie the game 7-7.

Back in the sixth with the game tied 4-4, Henri Lartigue beat out a potential inning-ending double play to put runners at the corners with two outs. Luke Williams then hit a liner off of Konner Wade that allowed Nick Maton to score and give Reading a 5-4 lead. Mickey Moniak followed with a two-run triple to extend the lead to 7-4.

The Fightins scored six of their eight runs with two outs and pounded out 12 hits.

Julian Garcia allowed four runs on six hits over five innings while walking one and striking out six.

Reading jumped out to a 3-0 lead in the second on RBI hits by Josh Stephen, Williams, and Moniak.

Portland rallied back to tie the game with three two-out runs in the bottom of the second on an RBI single by Jeremy Rivera and a two-run broken-bat single by Jarren Duran.

Portland took its first lead of the game on a two-out RBI single by Brett Netzer in the third.

Reading tied the game 4-4 on a solo homer by Alec Bohm off of Wade in the fifth.

Wade allowed seven runs on 10 hits in 5.2 innings. He walked two and struck out five.

Tickets for Tuesday night's game are available at 207-879-9500 or seadogs.com. Book your nine-inning vacation today!