Hartford holds on for a 4-3 win over Portland

Sea Dogs load the bases in the ninth, but Farris earns the save 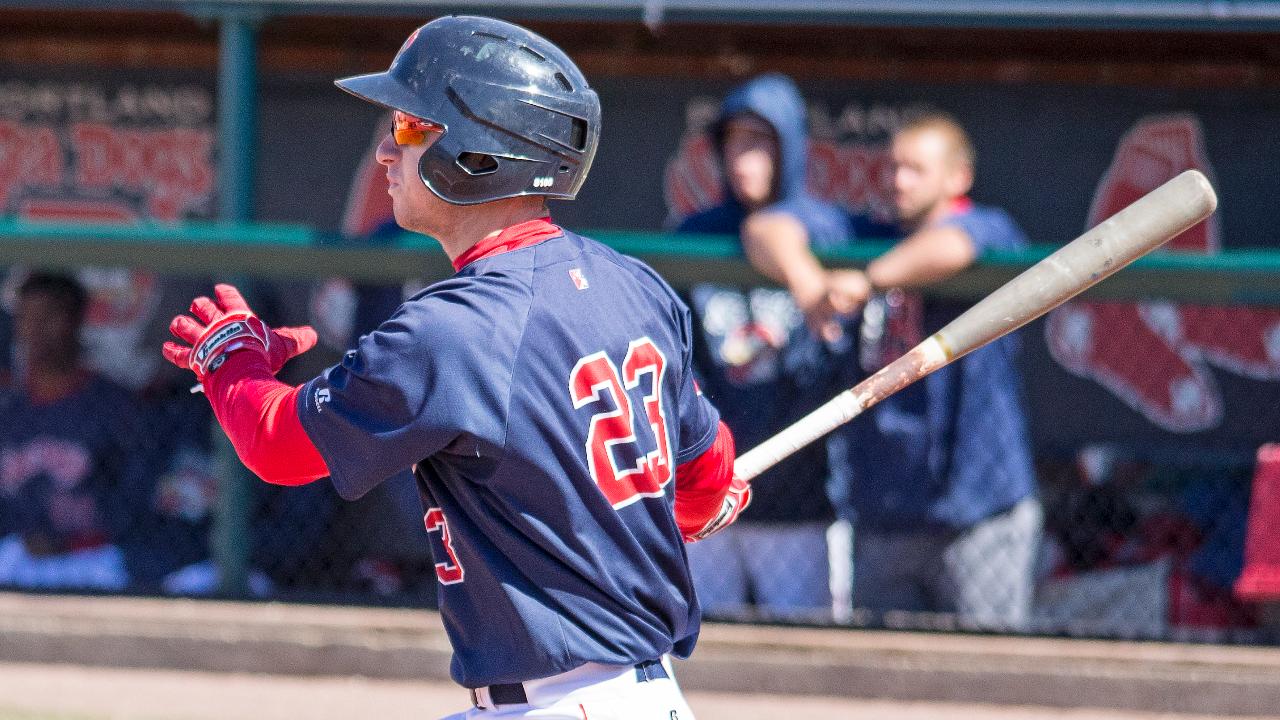 Danny Mars went 3-for-5 with a double and scored a run (Photo by 365DigitalPhotography.com)

Portland, Maine- The Hartford Yard Goats (16-22) rallied back from a one-run deficit to score twice in the eighth inning and top the Sea Dogs (18-17) 4-3 in the series finale on Thursday afternoon at Hadlock Field. Hartford won the series 3-1.

Trailing 3-2 in the eighth, Max White drew a one-out walk from Ty Buttrey (L, 1-2). Ashley Graeter grounded out with White running to advance White to second base, then Ryan McMahon doubled off the wall in left center field to tie the game 3-3. Drew Weeks followed with an RBI single past the dive of third baseman Mike Olt to score McMahon for the game-winning run.

Portland loaded the bases with nobody out against James Farris (S, 5) in the bottom of ninth, but Farris struck out Nick Longhi and Mike Olt before getting Joseph Monge to ground into a game-ending fielder's choice.

Portland outhit Hartford 15-10 in the loss. The Sea Dogs finished the game 3-for-16 with runners in scoring position and stranded 12 runners.

Portland had taken the lead in the seventh inning. Portland loaded the bases with one out with three straight singles off of Jack Wynkoop (ND). Hartford brought in Shane Broyles (W, 2-0) to face Longhi and the Sea Dogs' first baseman hit a sharp grounder to third that was bobbled momentarily by Josh Fuentes, which only gave him enough time to get an out at second base as Danny Mars scored the go-ahead run.

Portland took an early lead in the bottom of the first on a two-run pop-up single by Mike Olt that dropped between three fielder's in shallow center. Both runs were unearned due to an error by Fuentes earlier in the inning.

Hartford tied the game two batters later on a solo homer by Dom Nunez to make it 2-2.

Beeks delivered another quality start for Portland, allowing two runs on six hits in 6.2 innings. He walked one and struck out seven.

Wynkoop allowed three runs (one earned) on 11 hits in 6+ innings, walking one and striking out four.

The Sea Dogs begin a seven-game road trip tomorrow evening in Trenton against the first-place Thunder, first pitch is scheduled for 7:00 PM. Pregame coverage begins on the WPEI US Cellular Sea Dogs Radio Network at 6:45 PM.