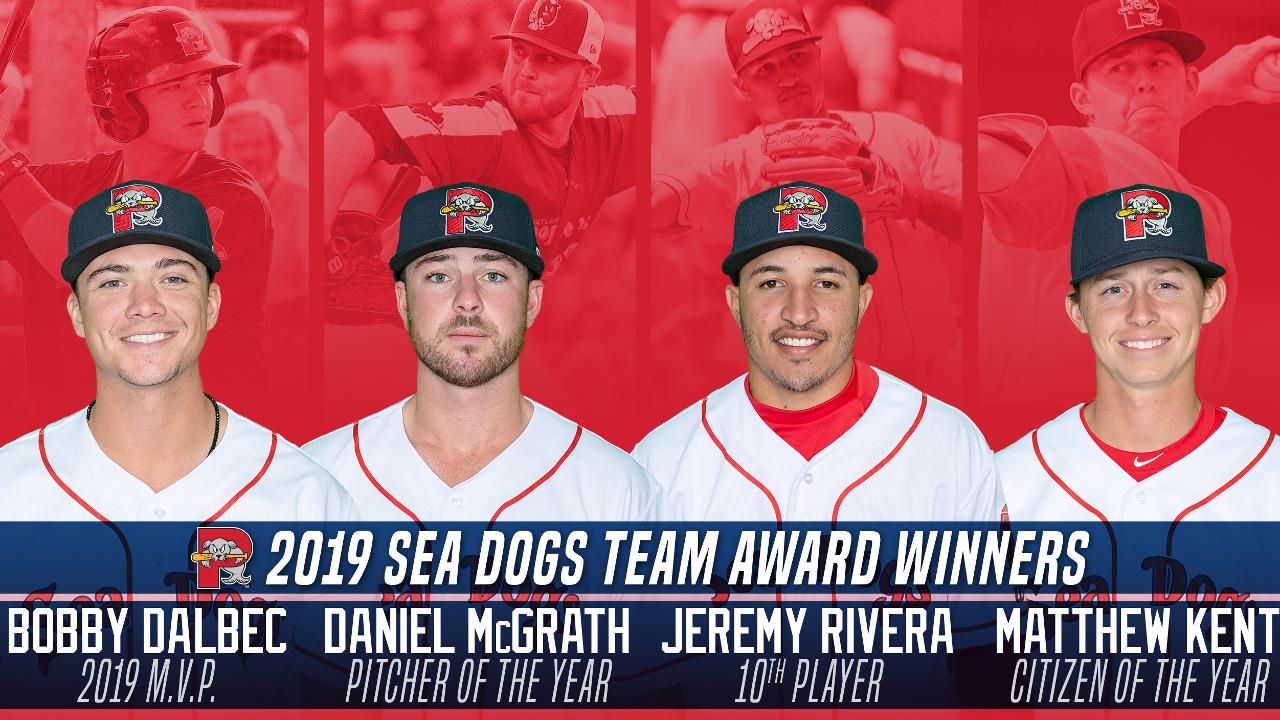 Portland, Maine - The Portland Sea Dogs, the Double-A affiliate of the Boston Red Sox, presented their annual team awards before the season finale at Hadlock Field on Monday afternoon. The team awards are voted on by the fans and are handed out in four different categories: Most Valuable Player, Pitcher of the Year, 10th Player, and Citizen of the Year.

Most Valuable Player - Bobby Dalbec (.234, 20 HR, 57 RBI in 105 games)
Dalbec hit .234 (84-for-359) with 20 homers, 57 RBI, and 68 walks over 105 games with the Sea Dogs. On August 3rd, Dalbec earned a promotion to Triple-A Pawtucket and is hitting .264 (29-for-110) with six homers and 13 RBI. Dalbec is still among the Eastern League Leaders in various offensive categories and finished third in the MVP Voting. On May 11th, Dalbec slugged three homers in Trenton and collected five multi-homer games with Portland. Entering 2019, Dalbec was ranked the #1 Prospect in the Red Sox system according to Baseball America. He was a fourth-round pick by the Boston Red Sox in the 2016 June Draft out of the University of Arizona.

10th Player Award - Jeremy Rivera (.231, 5 HR, 31 RBI in 100 games)
Rivera has appeared in 100 games in his second season with the Sea Dogs. The versatile infielder has committed just six errors in 238 total chances, appearing in 43 games at shortstop, 22 at third base, and 13 at second base. Rivera has hit 10 of his 12 professional homers with Portland, including a career-high five this season. The Red Sox drafted Rivera in the 17th round of the 2014 June Draft out of El Paso Community College.

Citizen of the Year - Matthew Kent
Kent volunteered for various community appearances at local schools and participated in multiple baseball clinics held at Hadlock Field. Matthew could often be found at the autograph table in the concourse before games and signing more autographs along the picnic area and at the first base gate after games. Kent was the 2018 Sea Dogs Pitcher of Year and starts the season finale on Monday afternoon against New Hampshire.