Welcome to the Hall, Jonathan Papelbon! 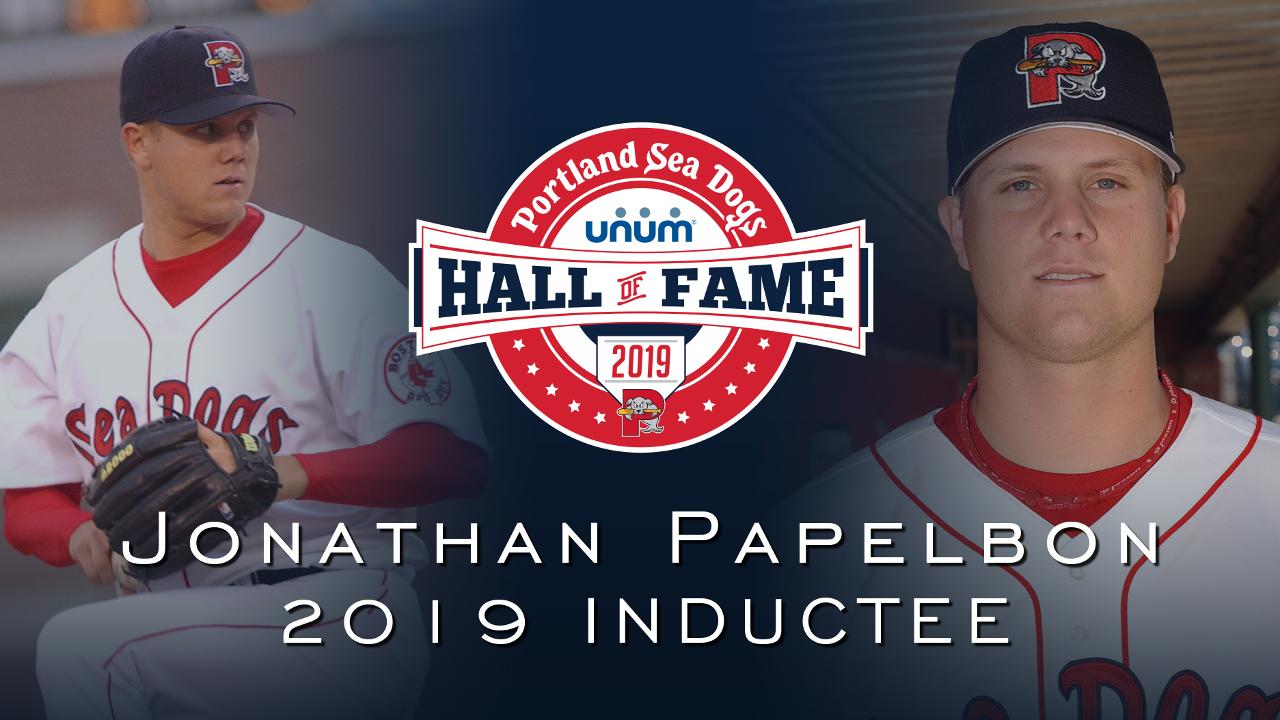 The Boston Red Sox originally drafted Papelbon in the fourth round of the 2003 draft from Mississippi State University. Papelbon made his Double-A debut with the Sea Dogs in 2005, where he appeared in 14 games as a starter, going 5-2, 2.90 ERA (24 ER/87.0 IP), 83 strikeouts, and was named an Eastern League All-Star. Later in the 2005 season, Papelbon made his Major League debut with the Boston Red Sox, appearing in 17 games with three starts, going 3-1 with a 2.65 ERA.

Papelbon became Boston's full-time closer in 2006, picking up 35 saves in 59 games, the most saves a single-season for a Red Sox rookie. The Mississippi native became the first pitcher in Red Sox history to record 30 saves in his first three seasons. Papelbon pitched with Boston from 2005-2011 and is the franchise leader with 219 saves, and part of Boston's 2007 World Series Championship.

He joined Craig Kimbrel as the only other pitcher to record 25 saves in each of his first five full seasons; he registered 30 in each of those years.

On November 14, 2011, Papelbon signed a four-year contract with the Philadelphia Phillies, and appeared in 234 games, establishing the franchise record with 123 career saves. In 2015, Philadelphia traded Papelbon to the Washington Nationals where he closed out his career, appearing in 59 games from 2015-16 with 26 saves.

To be eligible for the Hall of Fame, players must have debuted with the Sea Dogs at least ten years ago and have had success in Portland and beyond. Each inductee is presented a plaque for their accomplishment. Also, plaques of the Hall of Fame members are displayed in the Hadlock Field concourse.