Ayarza's two homers not enough in loss to Cougars 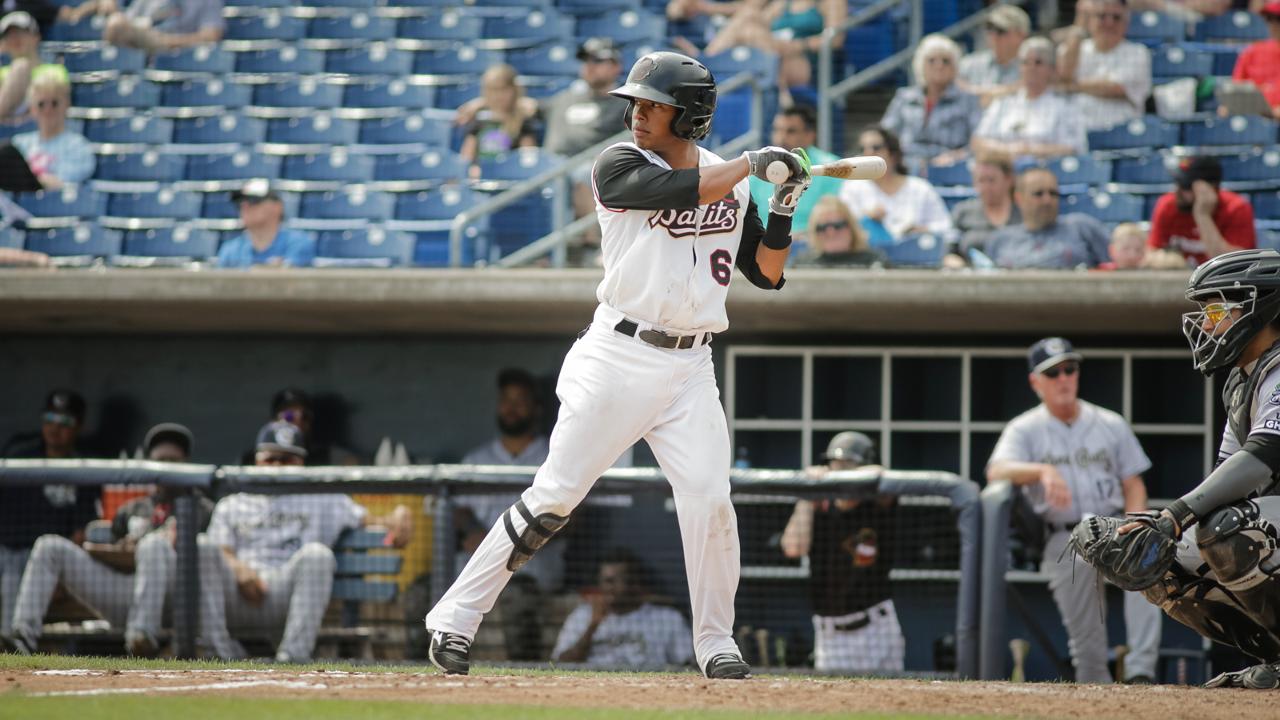 DAVENPORT, Iowa - Marcus Wilson powered the Kane County Cougars to an 8-4 win over the Quad Cities River Bandits at Modern Woodmen Park on Saturday to take two of three in the series. Wilson spanked two home runs and drove in six of the eight Cougars runs. Edgardo Sandoval took the loss for Quad Cities, surrendering five runs on six hits in a starting role.

Kane County (7-3) jumped on Sandoval (1-1) for a first inning run on an RBI double from Kyle Smith. In the second inning, the Cougars exploded for four runs. Luis Silverio doubled home Jason Morozowski. Moments later, Wilson launched a three-run bomb to extend the Kane County lead to 5-0. Rodrigo Ayarza got the Bandits on the board in the sixth with a solo shot to right, but Wilson countered with his second three-run homer of the afternoon in the eighth to push the advantage to 8-1.

Quad Cities rallied for three runs in the ninth, but it proved to be too little, too late. Ayarza flied his second home run of the day to the berm in left field. After Ronnie Dawson singled, Daz Cameron tripled him home and Alex De Goti followed with an RBI single.

The River Bandits are off Sunday before heading to Burlington for the start of a three game series on Monday. First pitch is scheduled for 6:30 p.m. RHP Jorge Alcala (0-0, 3.86) takes the hill for Quad Cities. Alcala will oppose LHP Nate Bertness (0-0, 2.45). For coverage, join Jake Levy and Connor Onion for the broadcast, beginning at 6:15 with the Hampton Inn and Suites On-Deck Show, on 1170 AM K-BOB, riverbandits.com and simulcast on MiLB.TV.