Bandits Walked Off Once More in Cedar Rapids 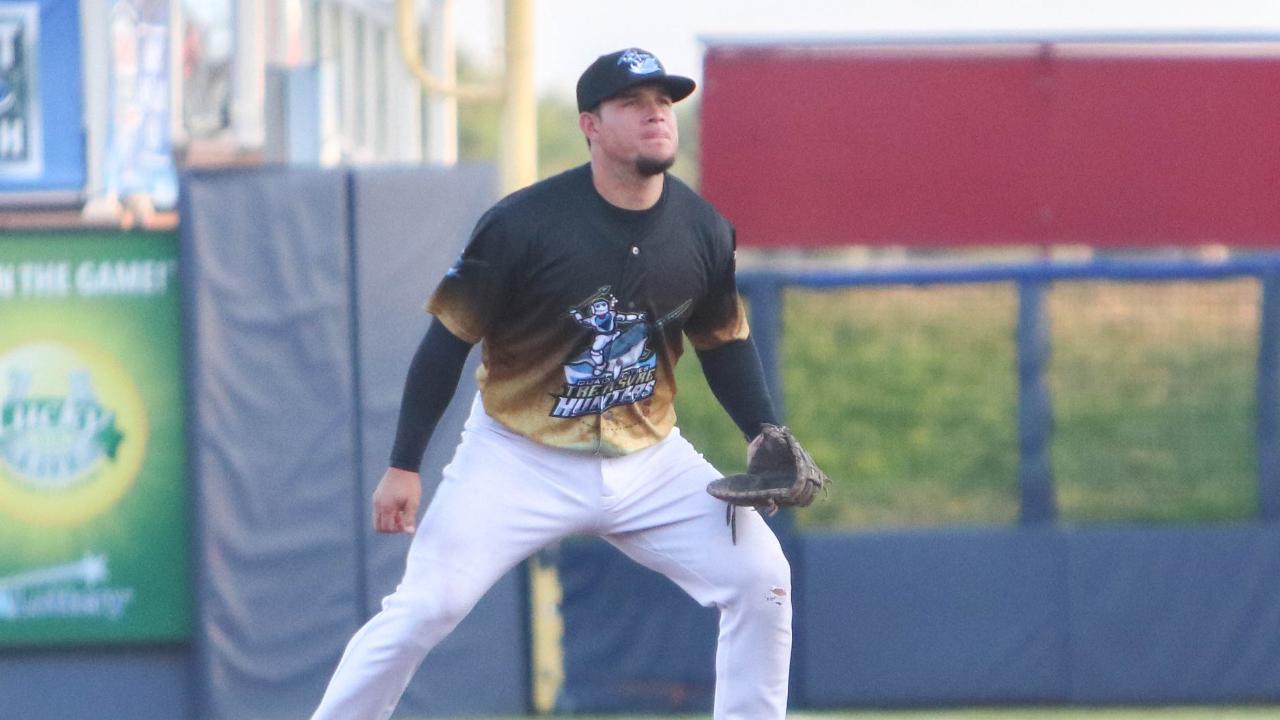 The Cedar Rapids Kernels received a game-winning RBI single from Spencer Steer in the bottom of the ninth inning to defeat the Quad Cities River Bandits 2-1 at Perfect Game Field on Friday night. The Kernels took two of the three games in the series with both wins coming in "walk-off" fashion. The teams will meet on Wednesday to open the Midwest League postseason.

The Kernels (36-31, 75-62) came to the plate in the bottom of the ninth inning with the score tied 1-1. Layne Henderson retired the first batter of the inning on a routine groundball to short. That is when Daniel Ozoria stepped in and dragged a bunt down the first base line. Henderson raced to pick it up, but his flip to first baseman Alex Holderbach was off target and rolled into foul ground allowing Ozoria to advance to second base. Steer lined the first pitch he saw in the next at bat into left field to end the game. Wilyer Abreu's throw from left field sailed to the net behind home plate as the Kernels raced onto the field to celebrate.

The River Bandits (35-32, 78-55) managed to bounce back to even the score in the next inning. With two outs, Austin Dennis worked a four-pitch off of reliever Nate Hadley. He stole second base and scored easily on a soft line drive single to center by Oscar Campos. That exchange set the stage for the walk-off ending in the ninth.

Ruppenthal did not factor in the decision despite pitching well once again. He allowed one run on seven hits in 6.2 innings, striking out seven. Cedar Rapids starter Andrew Cabezas stymied the Bandits once more, working 5.2 scoreless frames. The loss belonged to Henderson who gave up only an unearned run in 1.2 innings.

DaShawn Keirsey Jr. paced the Kernels with three of their nine hits in the game. The Bandits received multiple hits from only Campos as they finished with seven. Freudis Nova departed the game in the fourth inning alongside athletic trainer Alana Ranucci. He appeared to be favoring his left leg as he hobbled off the field.

The River Bandits will return home to Modern Woodmen Park for the final series of the regular season on Saturday night. First pitch is set for 6:35 p.m. as Wisconsin comes to town for Tribute to Veterans night. The Bandits will be wearing special uniforms that will be auctioned off after the game with proceeds benefitting the QC Veterans Outreach center. RHP R.J. Freure (5-6, 3.96) will start on the mound for the River Bandits against Wisconsin LHP Nick Bennett (1-0, 1.65).