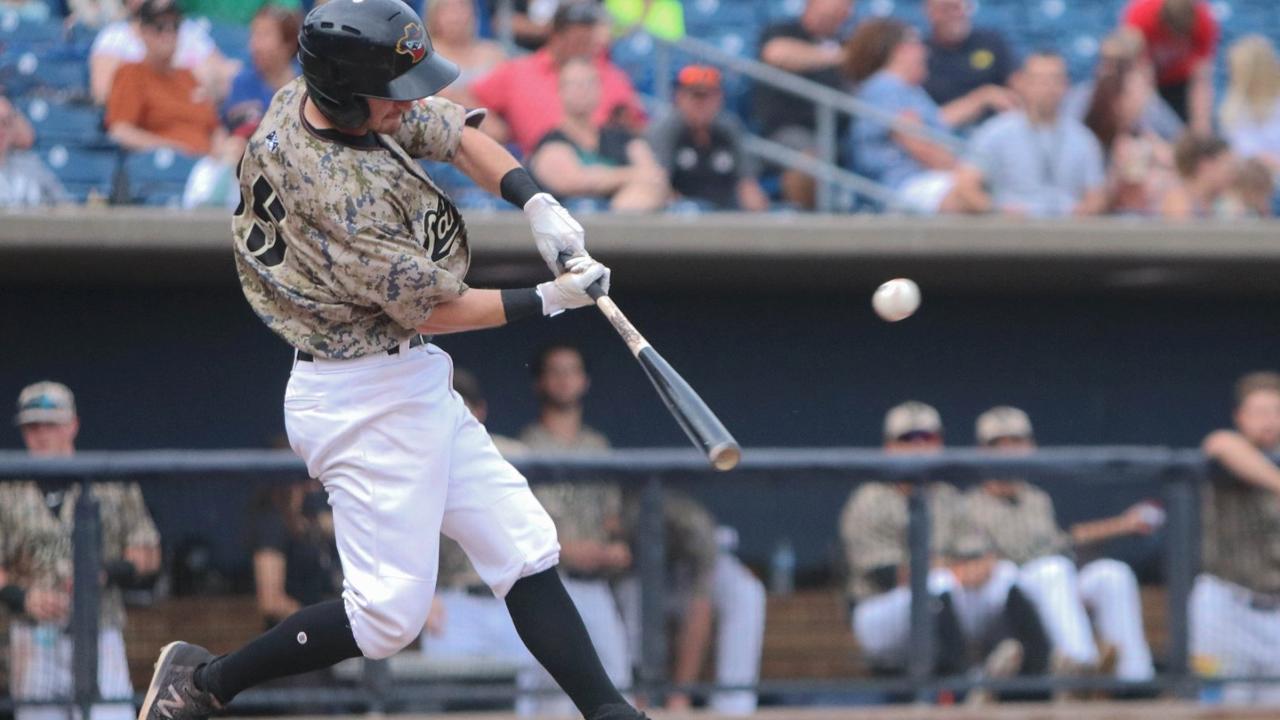 The Wisconsin Timber Rattlers took advantage of a pair of defensive miscues to beat the Quad Cities River Bandits 4-3 on Saturday night at Modern Woodmen Park. The game was delayed by nearly 90 minutes due to rain. The River Bandits have dropped six of the last seven games and each of the last three losses have come by one run.

The score was tied 3-3 entering the top of the fifth inning when Wisconsin (37-31, 68-69) came to the plate against River Bandits starter R.J. Freure. The right-hander walked three of the first four hitters in the frame before departing with the bases loaded. Joey Gonzalez was summoned from the bullpen to face Pablo Abreu. With a 2-2 count, Abreu hit a towering pop up to shallow right field that dropped between defenders for a base hit that gave Wisconsin a 4-3 lead. Neither team would score after that point.

The teams traded leads for the first four innings of the game. The Timber Rattlers jumped on top in the first inning. Korry Howell walked with one out and then proceeded to steal second base. On the stolen base, Alex Holderbach was also charged with a passed ball that allowed Howell to advance to third. Thomas Dillard followed with a hard single through the right side to put the Timber Rattlers on top 1-0.

In the bottom of the second inning, Quad Cities (35-33, 78-56) bounced back to take the lead. Carlos Machado reached on an error to open the frame and quickly stole second base. Holderbach hooked a double down the left field line to tie the score and then was brought in himself on a run-scoring double to the gap off the bat of Zach Biermann to hand the Bandits a 2-1 lead.

Each team used a leadoff triple to score a run in their half of the third innings. In the top half, Antonio Pinero hit a triple and scored on Jesus Lujano's infield single off the glove of Freure to even the score 2-2. Austin Dennis started the bottom half with a three-bagger and scored on a chopper to short by Oscar Campos to put the Bandits back in front.

Wisconsin tied the game in the fourth inning by pushing across an unearned run. With two outs, Yeison Coca put down a bunt to the left of the mound that Freure fielded, but threw wildly to first for a three-base error. Pinero followed with the second of his three extra-base hits to make it 3-3.

Freure took the loss after allowing four runs, three earned, over 4.1 innings. Gonzalez and Luis De Paula combined to toss 4.2 scoreless innings from the bullpen. The trio combined for 12 strikeouts in the game.

For Wisconsin, starter Nick Bennett allowed three runs, two earned over 4.0 innings. He did not factor in the decision. Adam Hill earned the victory by working 4.0 innings and striking out seven in relief. Tyler Gillies retired the side in order in the ninth inning to collect the save. The three pitchers struck out a combined 14 River Bandits hitters.

Pinero led all hitters with three hits that included two doubles and a triple. Dennis was the only other player in the game that finished with more than one hit as he collected a double and a triple.

The teams will meet for the penultimate game of the regular season on Sunday at 1:15 p.m. The River Bandits have not announced a starting pitcher. Wisconsin will throw RHP Justin Jarvis (3-1, 3.54). Players will be available for autographs prior to the game and children will be allowed to run the bases after the conclusion of the contest.