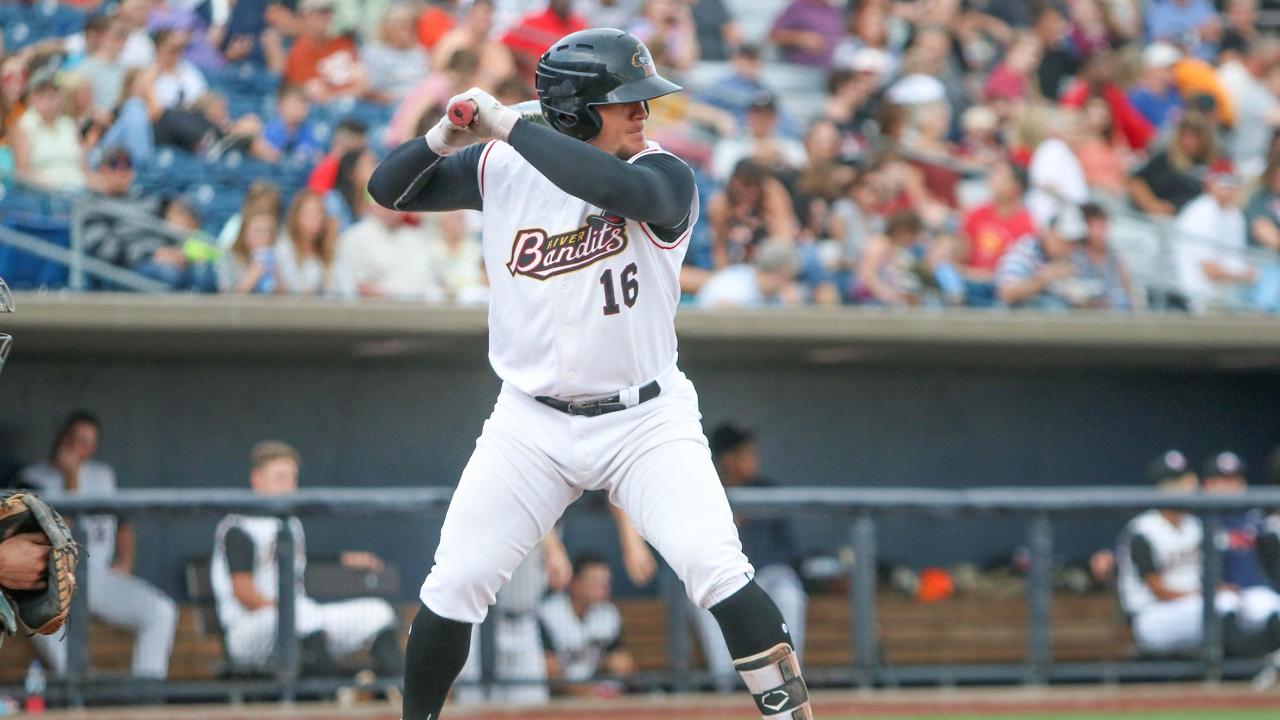 The Quad Cities River Bandits broke out of their offensive doldrums in a big way, defeating the Wisconsin Timber Rattlers 10-4 in the final game of the regular season on Monday afternoon. Oscar Campos went 5-5 with a double, home run and three runs batted in to spark the River Bandits 16-hit attack.

Quad Cities (36-34, 79-57) scored in six different innings including two runs in each of the first two frames to jump in front early. After singles by C.J. Stubbs and Grae Kessinger and stolen bases by each of them, Austin Dennis drove in the first run with a bouncer to short. Campos tallied his first RBI of the game with an opposite field single to right in the next at bat. In the second inning, Trey Dawson and Stubbs each collected run-scoring singles to double the lead to 4-0.

The Bandits were held off the scoreboard by Victor Castaneda in the third inning before hanging another crooked number in the fourth. The right-hander issued a walk to the leadoff batter and surrendered a single to Zach Biermann before being removed from the game. Joey Matulovich entered in his place and retired the first batter before giving up a three-run blast to Stubbs that widened the gap to 7-0. The long ball was Stubbs' fourth of the season. Castaneda took the loss after allowing six runs on eight hits in 3.0 innings.

Wisconsin (38-32, 69-70) took advantage of a hit batter, three walks and an error to chase starter Jose Bravo and get on the board. Layne Henderson relieved Bravo with the bases full and forced in a run with a walk to the first batter he faced, Pablo Abreu. Yeison Coca scored another with a single into shallow center and then a second walk allowed the Timber Rattler to close the gap to 7-3.

The River Bandits added to their lead with single runs in the fifth, sixth and eighth innings. Dawson blasted his fourth home run of the season, a solo shot, in the fifth to make it 8-3. Campos hooked an RBI double down the left field line for his fourth hit of the game in the sixth and then hit his fourth long ball of the year in the eighth inning to cap the Quad Cities attack for the day.

Juan Pablo Lopez earned the win in his Midwest League debut by working the final 4.0 innings of the contest and allowing just one run on three hits. The Timber Rattlers scored the only run against him in the top of the eighth. The southpaw struck out three while walking two.

Seven of the nine River Bandits players in the lineup finished with at least one hit. In addition to Campos's big game, Stubbs and Kessinger finished with three hits each while Dawson collected a pair. Wisconsin tallied six hits with only one going for extra bases.

Quad Cities stole a season-high seven bases in the game to finish with a league-leading 171 on the season. The pitching staff paced the circuit with 1,372 strikeouts and the Bandits had the best defense in the league with a .977 fielding percentage.

The River Bandits will open the postseason with game one of a best-of-three series in Cedar Rapids on Wednesday night at 6:35 p.m. RHP Valente Bellozo (0-1, 2.77) will get the nod for the Bandits. Cedar Rapids will counter with RHP Luis Rijo (5-8, 2.86). The series will shift to Modern Woodmen Park for game two on Thursday at 6:35 p.m. and, if necessary, game three will also be played in Davenport.