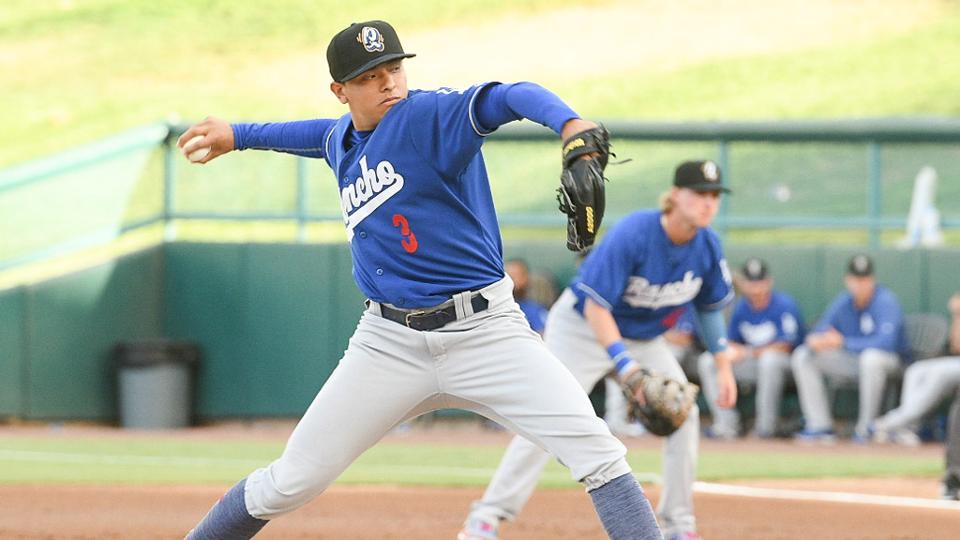 Lake Elsinore, CA - The Lake Elsinore Storm opened the South Division Finals with a shutout over the Quakes, as the Storm took a 1-0 lead in the best-of-five, thanks to a 2-0 win on Wednesday night at The Diamond.

Quakes' starter Gerardo Carrillo pitched well in his playoff debut, but got very little help, as the Quakes posted just three hits offensively and only had one man in scoring position all night.

The Storm broke a scoreless tie in the sixth, breaking through with a pair of runs against Carrillo (0-1). Xavier Edwards opened the inning with an infield hit. After a walk to Jeisson Rosario, Luis Campusano doubled off the wall, scoring Edwards for a 1-0 lead. After a groundout by Gabriel Arias, Eguy Rosario followed with a sac fly to right field, scoring Rosario for a 2-0 lead.

The Quakes never threatened again, as they stranded a total of five men on the bases on Wednesday.

Mason Fox earned the save by striking out the side in the ninth, as Miguel Vargas, Devin Mann and Dillon Paulson all went down on strikes to end the game.

Jacob Amaya had two of Rancho's three hits offensively, while Starling Heredia picked up an infield hit for Rancho's only other knock.

Down 1-0 in the best-of-five, Rancho will send John Rooney to the hill on Thursday in game two of the series. Lake Elsinore will counter with right-hander Reiss Knehr, with first pitch scheduled for 7:00pm.

Don't forget that the Quakes are home for game three on Friday night! The first 1,500 fans through the gates this Friday night will take home a Clayton Kershaw Bobblehead, thanks to U.S. Bank. Purchase your tickets at rcquakes.com or by calling (909) 481-5000… Go Quakes!