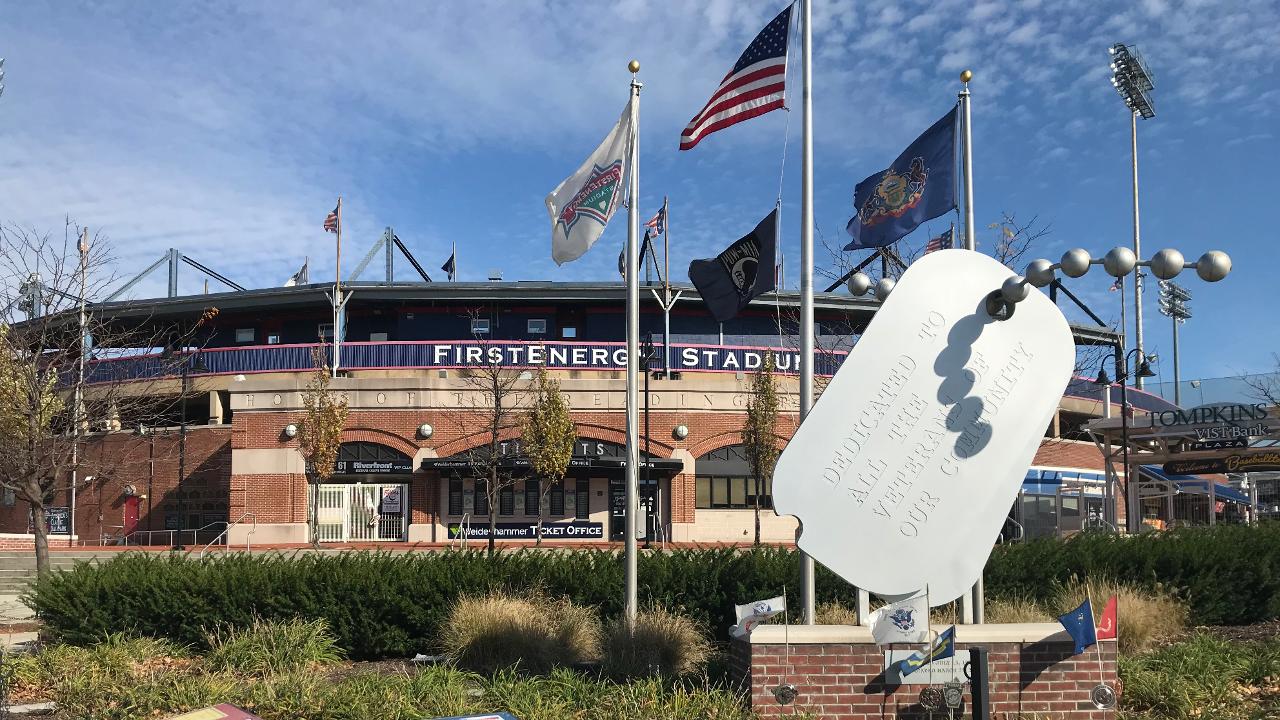 All veterans and military members are encouraged to attend, and the event is open to the general public.

Local community leaders will join R-Phils front office members at the ceremony, in which the American Legion Gregg Post 12 will lay a wreath in front of the ballpark's dog tag monument near the entrance to FirstEnergy Stadium. The monument pays tribute to all members of the United States military who sacrificed to protect the United States of America.

Snacks and refreshments will be provided by the Fightin Phils upon conclusion of the ceremony in the Steve Moyer Subaru Team Store.

Originally called Reading Municipal Memorial Stadium, FirstEnergy Stadium was completed in 1951 and was named in honor of the servicemen and women who risked their lives in defense of their country. In 1999, a statue in the form of giant dog tags was placed in front of the stadium in a special rededication ceremony to honor the area's veterans.

Beginning with the 2014 season, the Fightins have honored a specific veteran at each home game with a ceremonial flag service. The veteran, or his or her family, is recognized with a video tribute and ovation prior to the start of the game. The flag flies by the dog tag statue at the stadium's main entrance, and is given to the veteran or veteran's family following the game.

Prior to the start of the 2016 season, the Fightin Phils also unveiled a permanently unoccupied black seat in FirstEnergy Stadium. This seat pays tribute to the tens of thousands of military service personnel who were prisoners of war or have been declared missing in action.