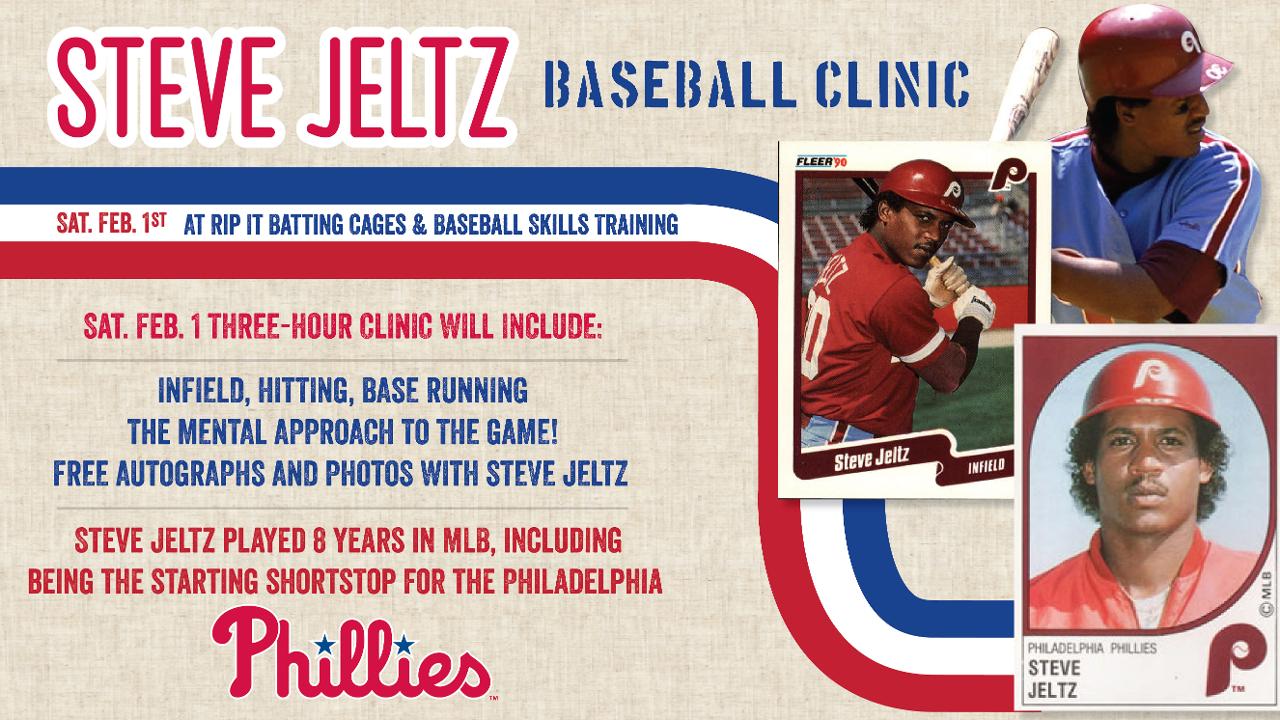 The three-hour clinic will include instruction on hitting, infield, baserunning, and the mental approach to the game, as well as free autographs and photos with Steve Jeltz.

Jeltz played eight years in Major League Baseball from 1983-90, spending seven of those seasons with the Phillies. Primarily a shortstop, Jeltz saw time at six different positions throughout his Major League career. Jeltz was a ninth round draft pick of the Phillies in 1980, and was a member of the R-Phils in 1982.

Since then, Jeltz has become a renowned baseball instructor, teaching kids the mental side of the game as well as the importance of having fun on the field. Guest instructors at the clinic will include the 2020 King of Baseballtown Greg Edge, a former Spring Training teammate of Jeltz's and an R-Phils shortstop in the late '80s.

The clinic will benefit Baseballtown Charities, a non-profit 501(c)(3) charitable organization which was founded to keep baseball alive in Reading, allowing the area's youth to benefit from the many life lessons the game teaches. Parents can register their child to participate in the clinic for $60 per player. Groups of four or more players who register together can sign up for a discounted rate of $50 per player.