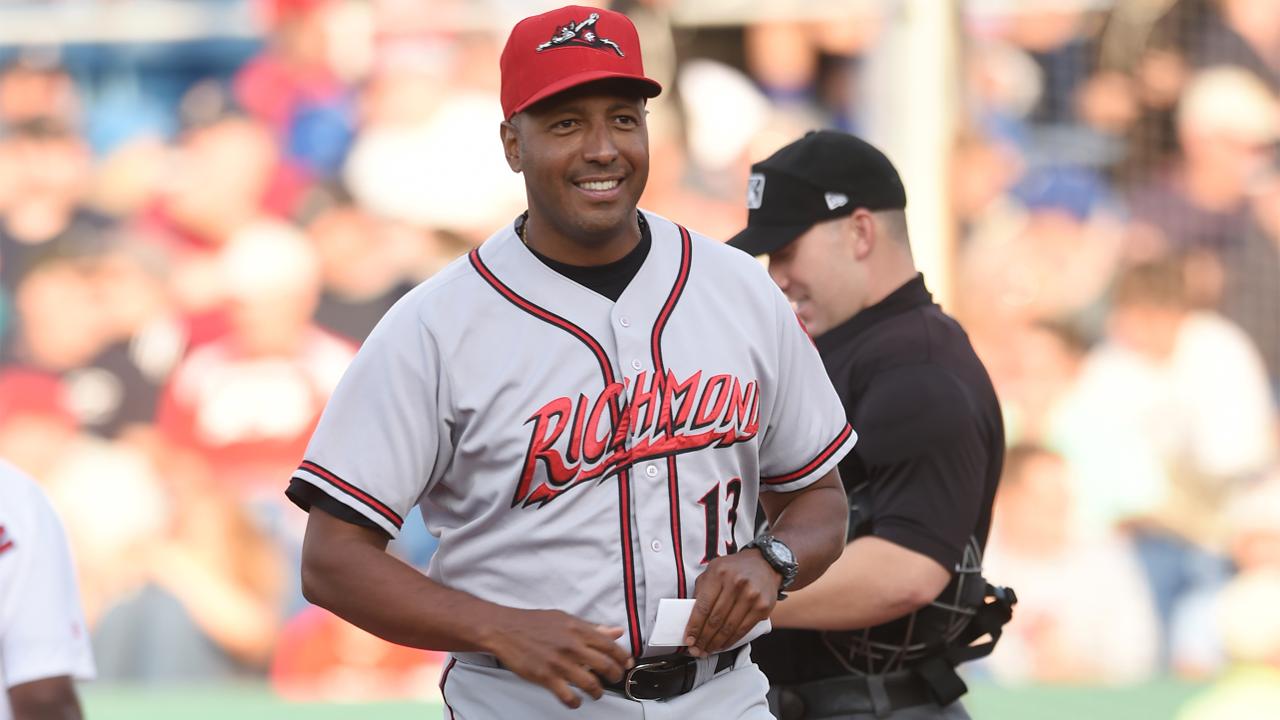 RICHMOND, Va. - José Alguacil will return to manage the Richmond Flying Squirrels for the 2020 season, the San Francisco Giants announced on Monday. Steve Kline will also return to Richmond as the pitching coach and Doug Clark has been appointed as the Flying Squirrels' hitting coach.

Alguacil was the Flying Squirrels' manager in 2015 and led the team to a 72-68 record, the third-best mark in the franchise's history and its most recent season with a winning record.

"We love Auggie," Flying Squirrels VP & COO Todd "Parney" Parnell said. "Not only is he going to be our manager, but he is already part of our family. He knows us and loves us. We know him and love him. Auggie's energy and passion for not only baseball, but life in general, is second to none and we enthusiastically welcome him back to RVA for what promises to be an amazing season on and off the field."

The 2020 season marks Alguacil's 14th overall with the Giants organization. He spent the last three seasons as the Giants' first base coach while also overseeing bunting instruction and assisting with infield defense and baserunning.

As a player, Alguacil signed with the Giants as an infielder in 1993. He played nine professional seasons in the minors and independent leagues, spending time with the Giants and Chicago White Sox organizations.

Following his playing career, Alguacil served as an instructor in the minors for the Montreal Expos from 2002-03. He began his managerial career in 2004 with the Vermont Expos, Montreal's short-season Single-A affiliate in the New York-Penn League. He remained with the organization as it transitioned to becoming the Washington Nationals in 2005 as a minor league infield coordinator. Alguacil managed the Vermont Lake Monsters in 2006.

Alguacil, a native of Caracas, Venezuela, joined the Giants as a roving infield instructor in 2007 and held that role for eight years prior to being appointed as Richmond's manager in 2015. He managed the Triple-A Sacramento River Cats in 2016 before being named to the major league staff the following year.

In four total seasons as a manager, Alguacil has compiled a 198-233 record.

Kline returns as the Flying Squirrels' pitching coach after serving in the same role for three seasons from 2015-17.

Under Kline's direction, the Richmond pitching staff led the Eastern League in ERA (3.12) in 2015, which still stands as a franchise record, and the team ranked second in ERA (3.48) in the circuit in 2016. Fifteen of the pitchers Kline led in his previous tenure with Richmond have gone on to pitch in the majors.

An outfielder during his playing career, Clark was drafted by the Giants in the seventh round in 1998 out of UMass Amherst. He played 17 total professional seasons, including stops in the majors with the Giants in 2005 and the Oakland Athletics in 2006. In 2004 with Norwich, Clark was selected as an Eastern League All-Star. He concluded his stateside career in 2007 with the Richmond Braves. From 2008-15, he played for teams in Korea and Mexico.

Nava is back with the Flying Squirrels for a second consecutive season as the team's fundamentals coach, his 13th season with the Giants organization. He previously served as Richmond's hitting coach in 2017. Prior to coming to Richmond, Nava was the manager for the A-Adv. San Jose Giants in 2016 and 2018 and was their hitting coach from 2013-15. Nava was the hitting coach for Augusta from 2008-10 and managed the GreenJackets from 2011-12. In 2016, Nava was the Venezuelan Winter League's Manager of the Year with Aguilas del Zulia.

During his playing career, Nava spent seven seasons in the minors with the Seattle Mariners, Boston Red Sox and Chicago Cubs organizations.

Cairo joins the Flying Squirrels as bullpen catcher after holding the same role with the short-season Single-A Salem-Keizer Volcanoes in 2019, his first season in a coaching position. Cairo played four professional seasons as a catcher in the Giants system from 2015-18.

Havig returns for his third overall season as the Flying Squirrels' athletic trainer. He originally served in that role with Richmond in 2017 before spending 2018 as the Giants' Assistant Coordinator of Minor League Medical. Now in his 11th season with the organization, Havig is also the Giants' Assistant Athletic Training Coordinator. He joined the organization in 2010 as the athletic trainer for the rookie-level affiliate in the Arizona League. He joined Salem-Keizer the following season, spent the 2012-13 seasons with Augusta and the next three years with San Jose.

Spadavecchia joins the Richmond staff after spending the last two seasons with San Jose. Prior to joining the Giants in 2018, he spent five years in the Houston Astros organization as a strength and conditioning coach.