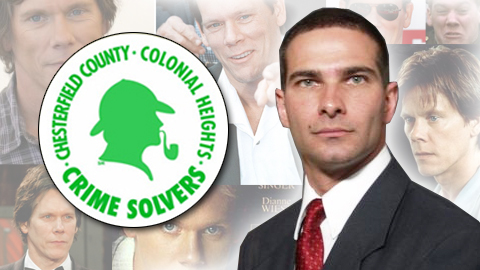 RICHMOND, VA - The Flying Squirrels are excited to announce that Kevin Bacon will be appearing at The Diamond tomorrow night, May 24th, as part of Tribute to Bacon Night presented by the Virginia Pork Industry Board, Smithfield Foods, and 1140 AM WRVA. In addition, there will be a fireworks extravaganza following the game presented by the Richmond Times-Dispatch. First pitch is scheduled for 7:05 PM.

"Kevin is a busy guy, so we're thrilled that he was able to find time in his schedule to make an appearance on Tribute to Bacon Night," said Flying Squirrels Vice President and COO Todd "Parney" Parnell. "Having him here will definitely add some extra sizzle to a night we were already planning to ham up."

In addition to his professional pursuits, Bacon is also an active member in Christian Life. He enjoys spending time with his four-year-old daughter as well as golfing, soccer, and voice work. His favorite movie titles featuring the actor, Kevin Bacon, include "Apollo 13," "A Few Good Men," and "Footloose."

As part of Tribute to Bacon Night, Kevin Bacon will throw out a ceremonial first pitch, be available to sign autographs on the AAA Ultimate Fan Zone Main Stage, and will assist in the Flying Squirrels on-field promotions during the game. Fans can enter to win a year-long supply of bacon courtesy of the Virginia Pork Industry Board and Smithfield Foods, and all fans will receive a coupon for a discount offer on their next bacon purchase.