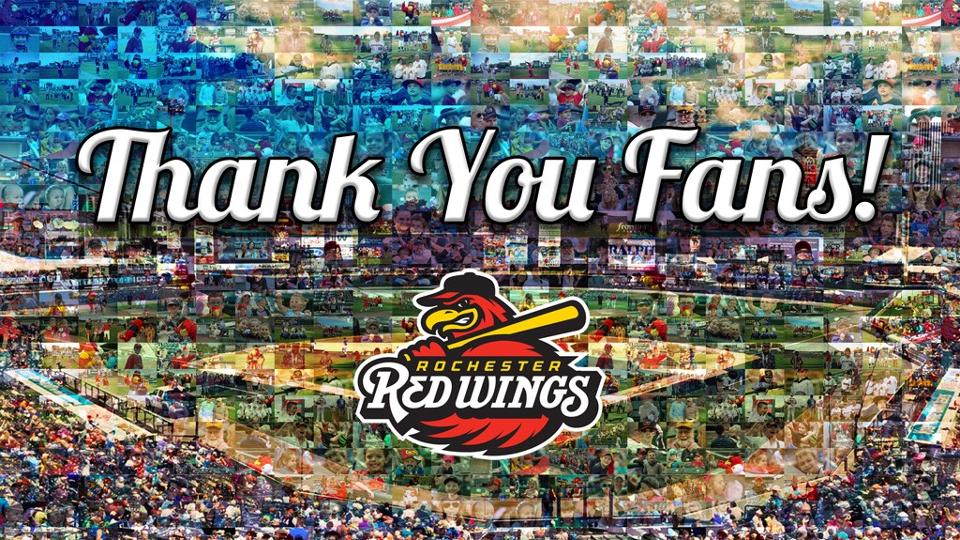 On behalf of our front office, Board of Directors, manager Joel Skinner, his coaching staff and all our players, we want to say thank you for your incredible support of Red Wings baseball again this season. While we just missed making the post season it was another season that provided a number of great memories on and off the field. Our record at home was 38-32 and your phenomenal support was a key ingredient in giving our club the home field advantage.

Twenty-five different players played for both the Red Wings and Minnesota Twins this season and many former Red Wings will continue to play a vital role for the Twins the rest of this year as they make a push for the American League Central Division title and the post season. We were fortunate to host some players that will go on to have long and fruitful major league careers.

We look forward to hosting your family and friends again next season and creating some more lifelong memories. Until next year we hope that the memories of the majestic homeruns, walk off wins, diving catches, fireworks, ballpark cuisine, autograph appearances, running the bases with Spikes and Mittsy and more will help you survive the off season.