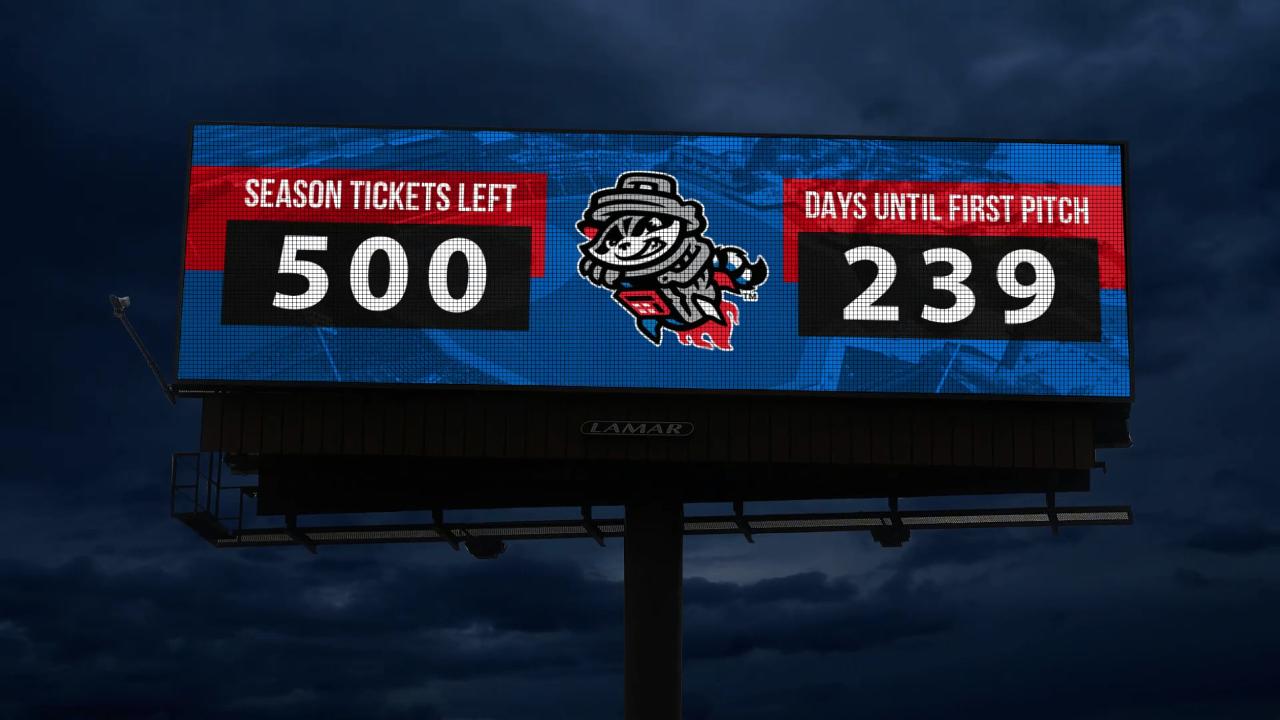 After receiving an overwhelming number of requests to purchase additional full-season tickets since the original allotment sold out, the Rocket City Trash Pandas has modified its ticketing plan and announced today that 500 additional box and reserved seats would be offered for full-season sale at the Trash Pandas Emporium in Bridge Street Town Centre beginning Tuesday afternoon.

The team, which debuts next year as the Double-A Southern League affiliate of the Los Angeles Angels, sold out of its original allotment earlier this month. The 500 new seats can be held with a $250 per seat deposit, the balance of which needs to be paid before the end of the year after buyers select their seats.

"As a result of several seating design changes in the ballpark, we have been able to identify 500 additional season tickets in the box and reserved sections that we can offer for sale," said Trash Pandas' CEO Ralph Nelson. "We've been blown away by the number of calls we've received since season tickets sold out, so we started a waiting list at the store. Those on the waiting list were being called yesterday and today and offered the first set of newly available seats.

"Because it is critical that we hold back enough seats so that all Trash Pandas' fans - not just season ticket holders - can enjoy baseball next season, this truly has to be the end of full season tickets.

The Trash Pandas' home debut is April 15, 2020 when they host the Mississippi Braves. The Trash Pandas open their inaugural season April 9 in Birmingham.