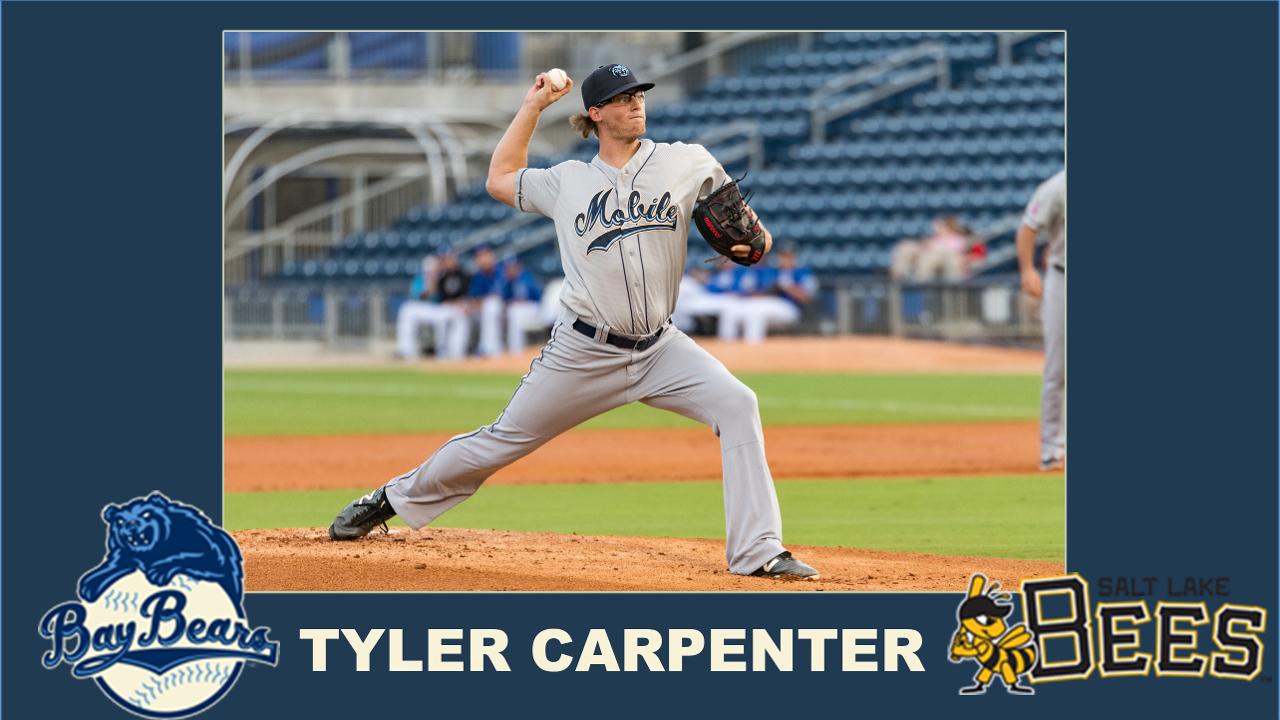 Carpenter, 27, spent majority of the 2017 and 2019 seasons with Mobile after making his Double-A debut in 2016 with Arkansas. Carpenter made 14 starts with the BayBears in 2017, going 2-6 with a 4.46 ERA. He pitched six scoreless innings in a win on Opening Day and allowed just one run on two hits in eight innings against Pensacola on April 22, retiring the final 19 batters he faced.

After undergoing Tommy John surgery in 2018, Carpenter returned to the BayBears this season. In 12 games, nine starts, he went 1-2 with a 4.01 ERA. Carpenter allowed just five earned runs in 20 1/3 innings in his first four starts of the second half. He went a season-high seven innings in a quality start July 30 against Mississippi.

The Alpharetta, Georgia native was selected by the Angels in the 25th round of the 2014 MLB Draft out of Georgia Gwinnett College. This is the first time Carpenter has been promoted to Triple-A in his career.

The BayBears begin a five-game road series against the Biloxi Shuckers Tuesday at 6:35 p.m. Live coverage can be seen on MiLB.tv (Biloxi feed, subscription required, promo code: BAYBEARS) and heard on MobileBayBears.com, the TuneIn app, and the MiLB First Pitch app, with the Countdown to First Pitch starting at 6:15 p.m.

The BayBears return home Sunday and host a total of 70 home dates through Labor Day, September 2. The new BayBears Pass is available, featuring a general admission ticket to every BayBears game at Hank Aaron Stadium for only $19.97 per month. Partial plans are also available, and individual game tickets can be purchased online at MobileBayBears.com or by calling 251-572-BEAR (2327).